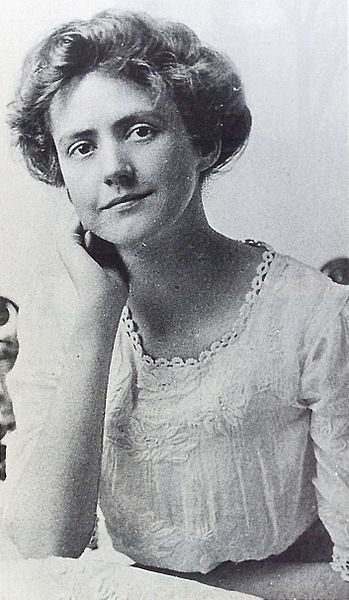 Susan Glaspell (1876 - 1948) co-founded the first modern American theater company, the Provincetown Players, and was a Pulitzer prize-winning playwright, actress, novelist, and journalist. Most of her nine novels, fourteen plays and over fifty short stories are set in Iowa, where she was raised. Trifles (1916), her one-act play based on the murder trial she covered as a young reporter, is considered one of the great works in American theater as well as an important piece of feminist literature.

Glaspell was raised to value hard work on a farm in rural Davenport, Iowa. She often wrote about being worthy inheritors of the land, and was greatly influenced by the writings of Black Hawk, the Sauk American Indian chief, on whose former land she was raised. Susan was a precocious student, becoming a journalist at 18, and writing her own column at 20, using it to poke fun at Davenport's upper-class. She went to Drake University and excelled as a debater, representing the school at the state debates her senior year. (The photo featured in this biographical sketch is her 1948 graduation picture.)

In her early professional career, Glaspell excelled in a male-dominated field, becoming a reporter for The Des Moines Daily News where she covered murder cases and the state legislature.

She quit the paper and began writing and publishing fiction stories for Harper's and The Ladies' Home Journal, which financed her move to Chicago, where she wrote her first book, The Glory of the Conquered (1909), which became a The New York Times best-seller, allowing her to tour Europe for a year, extending her artistic range and influences.

Though well regarded for her short stories and novels, her plays earned her the greatest prestige and recognition for their ground-breaking influence. Trifles (1916) was considered a feminist masterpiece and Inheritors (1921) was considered the first modern historical drama, chronicling three generations of pioneer life. Glaspell discovered Eugene O'Neil while scouting for her playwright company's productions. Also associated with her company were Edna St. Vincent Millay, Theodore Dreiser and Floyd Dell.

Though her theater company was a critical success, it didn't earn enough to pay the bills, so Glaspell continued to write and sell her short stories to make ends meet. A Jury of Her Peers (1927) was a short story version of her famous play, Trifles. Glaspell won the Pulitzer Prize for her play, Alison's House (1931). She lived out her years in Provincetown, Rhode Island until her death in 1948. Interest in her plays languished until the 1970's, when her works were rediscovered and are often featured in the core curriculum of women's studies programs in U.S. colleges and universities. Glaspell's work is featured in our Feminist Literature Study Guide, Pulitzer Prizes, and Mystery Stories.

Inheritors
The Outside
The Verge
Trifles

A Jury of Her Peers
At Twilight
For Love of the Hills
Freckles M'Grath
From A to Z
"Government Goat"
His America
His Smile
How the Prince Saw America
"One of Those Impossible Americans"
"Out There"
The Anarchist: His Dog
The Last Sixty Minutes
The Man of Flesh and Blood
The Plea
The Preposterous Motive