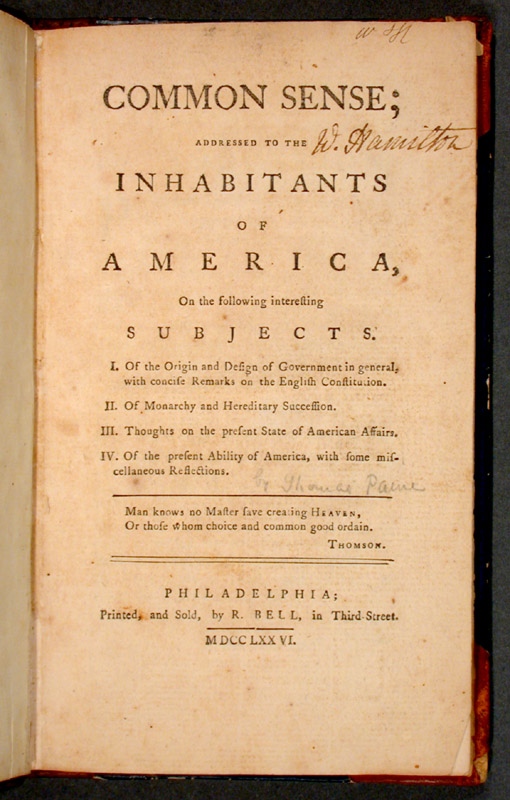 We'd all do well to re-read this document to review the origin and design of government, its context in relation to the English monarchy and hereditary succession, thoughts on present day American affairs, and our abilities to face challenges as a nation.

[P.S. The Publication of this new Edition hath been delayed, with a View of taking notice (had it been necessary) of any Attempt to refute the Doctrine of Independance: As no Answer hath yet appeared, it is now presumed that none will, the Time needful for getting such a Performance ready for the Public being considerably past.

Who the Author of this Production is, is wholly unnecessary to the Public, as the Object for Attention is the Doctrine itself, not the Man. Yet it may not be unnecessary to say, That he is unconnected with any Party, and under no sort of Influence public or private, but the influence of reason and principle.]

OF THE ORIGIN AND DESIGN OF GOVERNMENT IN GENERAL, WITH CONCISE REMARKS ON THE ENGLISH CONSTITUTION.

OF MONARCHY AND HEREDITARY SUCCESSION.

THOUGHTS ON THE PRESENT STATE OF AMERICAN AFFAIRS.

OF THE PRESENT ABILITY OF AMERICA, WITH SOME MISCELLANEOUS REFLEXIONS.

Return to the Thomas Paine library.