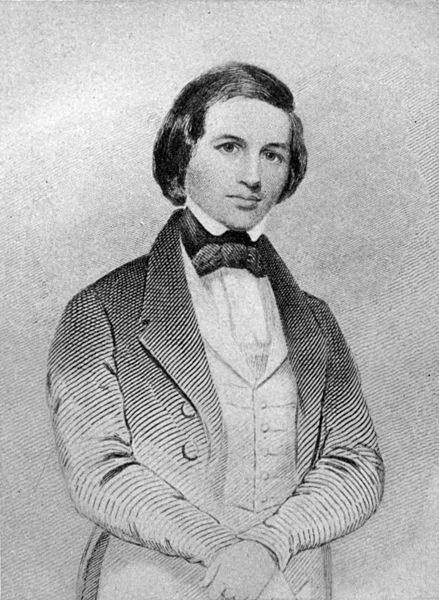 Timothy Shay Arthur (June 6, 1809 – March 6, 1885) was a popular 19th-century American author, most famous for his temperance novel, Ten Nights in a Bar-Room and What I Saw There (1854). His novel, which demonized alcohol and the evils of over-consumption, held great sway over the American public and moved the temperance movement further ahead. He wrote a large number of short stories, which were printed in Godey's Lady's Book -- the most popular antebellum era magazine in America. His prolific stories and novels promoted the sound values, beliefs and habits of the well mannered middle-class. One of our favorites, An Angel in Disguise, is featured in our collection of 20 Great American Short Stories.

A Dollar on the Conscience
After a Shadow
A Good Name
Alice and the Pigeon
Amy's Question
A Mystery Explained
An Angel in Disguise
Andy Lovell
Aunt Mary's Suggestion
A Visit with the Doctor
Both to Blame
Coffee vs. Brandy
Common People
Don't Mention It
Dressed for a Party
Following the Fashions
Going to the Springs; or, Vulgar People
Good-Hearted People
Hadn't Time for Trouble
Helping the Poor
In the Way of Temptation
It's None of My Business
Little Lizzie
Making a Sensation
Not at Home
Not Great, But Happy
On Guard
Other People's Eyes
Rights and Wrongs
Romance and Reality
Shadows
Slow and Sure
Something for a Cold
The Brilliant and the Commonplace
The Fatal Error
The Heiress
The Humbled Pharisee
The Married Sisters
The Mother's Promise
The Portrait
The School Girl
The Thankless Office
The Two Husbands
The Wife
Unredeemed Pledges
Very Poor
Visiting as Neighbors
What Can I Do?
Which Was Most the Lady?