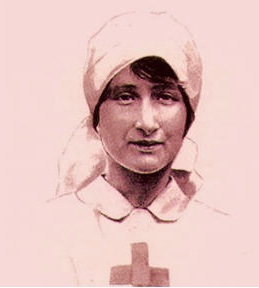 Vera Mary Brittain (1893 - 1970) was an English poet, feminist, pacifist, and English Voluntary Aid Detachment nurse. Her novel, Testament of Youth (1933) is considered a stand-out autobiography of the 20th century for its vivid account of her traumatic experiences during World War I and gradual embrace of pacifism. She wrote an intensely personal collection of poems, Verses of a V.A.D. in 1918, in which she dedicates many verses to the memory of her only brother, Edward Brittain, and several of her friends, colleagues, and patients who lost their lives because of the War.

Brittain grew up privileged in a family that owned paper mills. She attended boarding school and then studied English Literature at Somerville College, Oxford. Although her father objected, she quit school after one year to become a volunteer nurse in 1915, and served through most of the First World War in Buxton, London, Malta, and France. She lost her brother, fiance, close friends, colleagues, and countless patients. 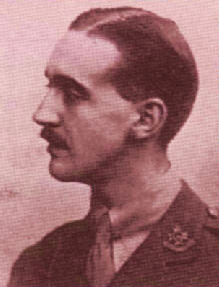 After the war, Brittain found it difficult to adjust to life back at Oxford where she studied History, developed close friendships and became established in the London literary scene. In 1925, she married political scientist, George Catlin, during which they had a son and daughter (who became the Labour cabinet minister). Her first book, The Dark Tide (1923) met with scandal for its portrayal of Oxford life at Somerville College. Testament of Youth (1933) received lasting acclaim for her intimate descriptions of the traumatic events during World War I. 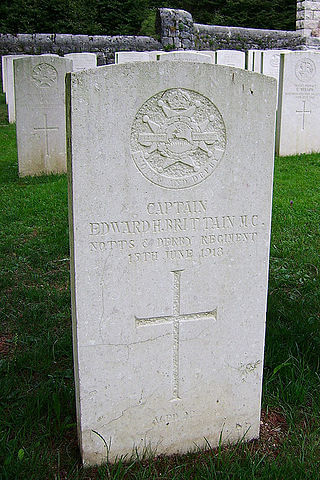 In her poignant book of poems, Verses of a V.A.D, she expressed her profound suffering due to the loss, particularly of her brother, Edward, in June 1918. She dedicates almost every poem to the place and memory of a specific soldier, nurse, or other casualty whom she knew during the war. Brittain's intimate style of writing gives the reader intense impressions of what it was like for her to live, while so many others died.

Brittain embraced pacifism, and during World War II voiced strong objections to the saturation bombings of German cities, for which she was roundly criticized. She served as the editor of the pacifist magazine, Peace News in the 1950's and 1960's. Brittain died in 1970, and as she requested, her daughter spread her ashes on Edward's grave on the Asiago Plateau, Italy, where he died more than fifty years earlier.

In Memoriam: G.R.Y.T.
Looking Westward
Oxford Revisited
Sic Transit
That Which Remaineth
The Sisters Buried at Lemnos
The Troop-Train
To My Brother
To Them