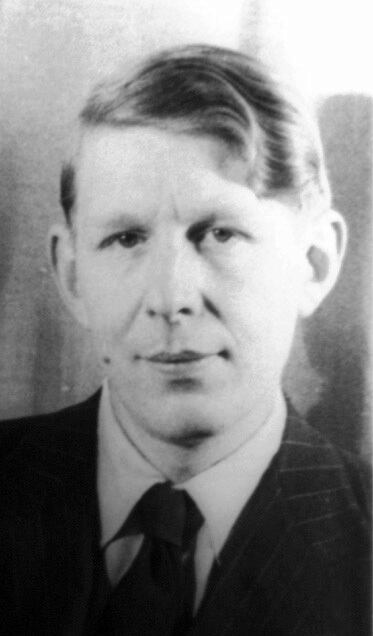 Wystan Hugh Auden (1907-1973) was an English-American poet whose range of subjects saw no bounds: politics, morals, love, religion. He developed a distinctive stylistic and technical achievement in his verses, described as "intellectually intense but emotionally accessible verse." Our favorite is The More Loving One, about unrequited love, and whether the universe is indifferent to our existence: "If equal affection cannot be, let the more loving one be me."

Auden was born in York, England, attended public schools and studied English at Christ Church, Oxford under renowned fantasy author, J.R.R. Tolkien, before traveling to Iceland and China and writing about his journeys. In 1939 he moved to the United States, where he became a citizen in 1946 and taught at several American universities, including Swarthmore College and University of Michigan. He wintered in New York, and would spend his summers either in Italy or Austria. He died in Vienna in 1973.

Auden's first book, Poems, published in 1930 when he was only 23, gained public attention, followed by The Orators: An English Study in 1932, about hero worship in personal and political life. He moved to the United States in part to escape the reputation he acquired as a left-wing political writer after co-authoring three plays with Christopher Isherwood. His long poem, The Age of Anxiety, earned Auden the Pulitzer Prize for Poetry In 1947. Auden was fortunate to have J.R.R. Tolkien as a professor, whose memorable recitation of Beowulf was "the voice of Gandolf." We feature Auden in Pulitzer Prize Winners.

The More Loving One