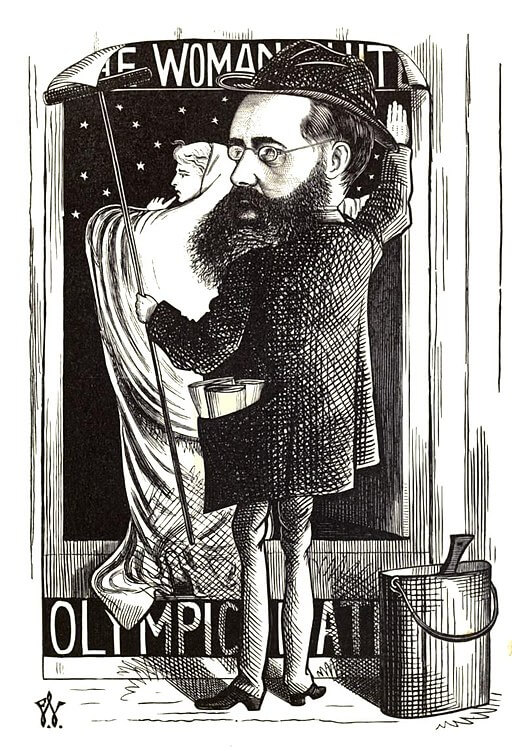 William Wilkie Collins (1824 - 1889) was an English playwright, novelist and short story author, best known for The Woman in White (1858), No Name (1862) about illegitimacy, and The Moonstone (1868), considered the first modern English detective novel.

Collins attended school in Italy and France for two years, which influenced his later writing. Upon return to England in 1838 to attend a boarding school in Highbury, he was bullied by a boy who forced Collins to tell him a story before allowing him to go to sleep each night. "It was this brute who first awakened in me, his poor little victim, a power of which but for him I might never have been aware...When I left school I continued story telling for my own pleasure."

After their meeting in 1851, Collins became lifelong friends with Charles Dickens, with whom he collaborated on fiction and drama. Collier's early works were first published in Dickens' Household Words. He wrote his best work in the 1860s, but was plagued with gout, became addicted to opium, and his writing quality deteriorated in the 1870s and 1880s before his death. [Cartoon of Collins by Frederick Waddy, 1872.]

A Fair Penitent
Mr. Lismore and the Widow
The Traveller's Story of a Very Strange Bed