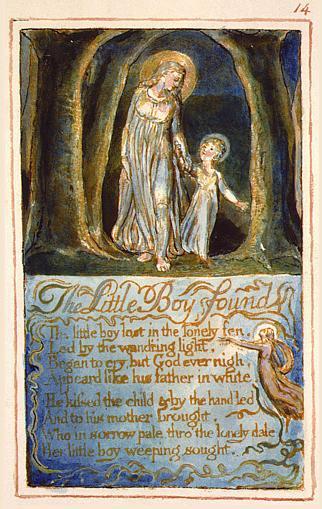 The little boy lost in the lonely fen,
Led by the wand'ring light,
Began to cry; but God, ever nigh,
Appear'd like his father, in white.

He kissed the child, and by the hand led,
And to his mother brought,
Who in sorrow pale, thro' the lonely dale,
Her little boy weeping sought.