Big Grand Coolee Dam music and lyrics were published in the public domain in Guthrie's illustrated songbook in 1946. The actual spelling is "Coulee" but we've kept Guthrie's for it's "cool" effect. Note he includes his address to request more copies of his songbook. Now that's populism in action! 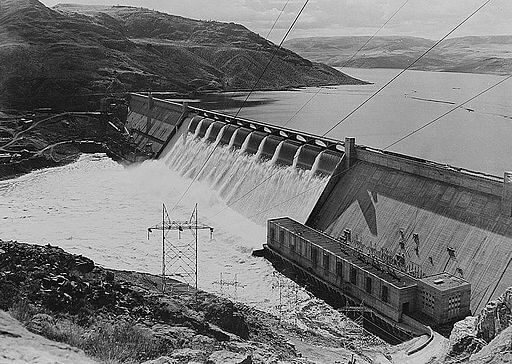 Return to the Woody Guthrie Home Page, or . . . Read the next poem; Hard Traveling