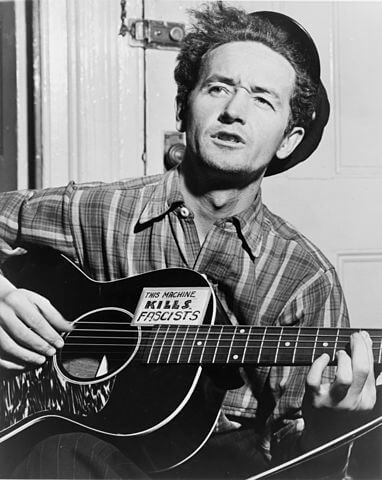 Woody Guthrie (1912 - 1967) was a revered activist folk singer and songwriter best known for his American populist songs during the Great Depression and American Dust Bowl, when he learned traditional folk and blues songs while traveling with displaced farmers from Oklahoma to California. Though he associated with various United States Communist groups, he was not a member. Guthrie, whose son Arlo Guthrie became a popular folklore singer in his own right, developed and celebrated a form of American populist patriotism and protest music that was all his own, expressed beautifully in his beloved, This Land Is Your Land. Guthrie composed it in 1940, originally titled God Blessed America For Me, as a critical response to Irving Berlin's song, God Bless America (1918, 1938), which Guthrie thought was unrealistic and complacent.

Guthrie was influenced by the populist poet and perhaps the first urban folk singer, Carl Sandburg. Guthrie mentored Bob Dylan (who won the Nobel Prize for Literature in 2016), Ramblin' Jack Elliott, and inspired son, Arlo Guthrie, Joan Baez, Johnny Cash, and Pete Seeger before succumbing to Huntington's Disease at the age of 55.
You may enjoy our collection of Patriotic Songs which features Guthrie's work. 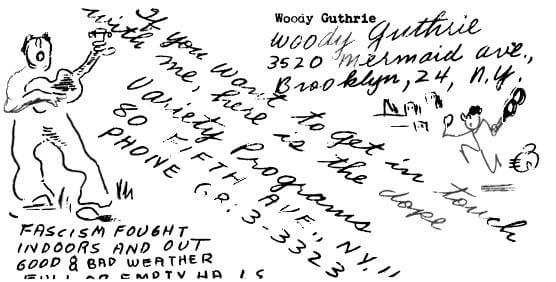