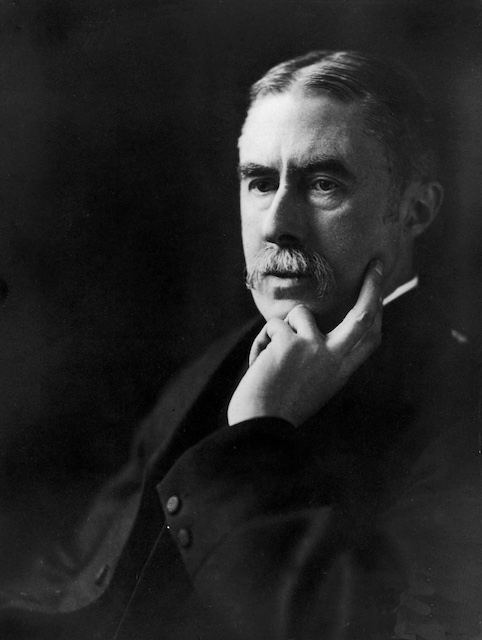 The English poet and classical scholar Alfred Edward Housman (1859 - 1936) is popularly known as A. E. Housman. He is most famous for his cycle of poems known as A Shropshire Lad. Those poems were very popular with late Victorian and Edwardian audiences. They have a wistful and lyrical quality that made them emblematic of the lives of young men and woman living in the English countryside, in general and of the Shropshire countryside in particular. The poems did not shy away from the disapointments of that life. Cambridge-educated Latin scholar and poet, A.E. Housman believed in the emotional power of poetry, that it should "begin with a sensation in the pit of the stomach."

Housman is a footnote in my literary world as well. I adore Flannery O'Connor's short stories about smart people behaving stupidly and I am rather obsessed with The Partridge Festival. It is a story that I have read more often than I should admit publicly! In that story, one of the misguided protagonists bring three books as a gift for someone they are to meet at an insane asylum. A book of Housman's poetry is one of the three books.