How to Tell Corn Fairies If You See 'Em

How to Tell Corn Fairies If You See "Em is from Sandburg's collection, Rootabaga Stories (1922). 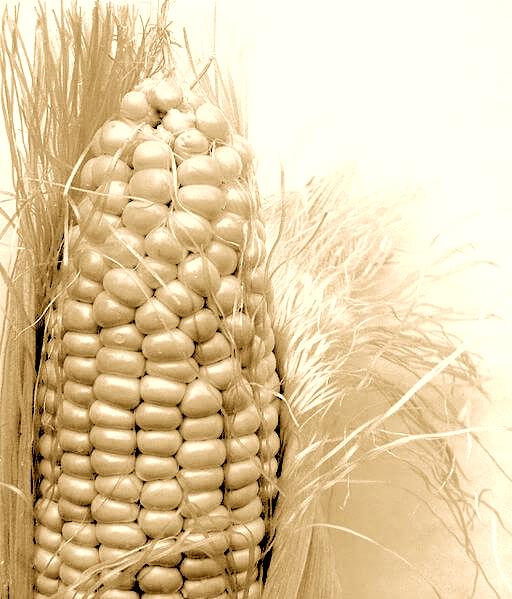 All children know this. All boys and girls know that corn is no good unless there are corn fairies.

Have you ever stood in Illinois or Iowa and watched the late summer wind or the early fall wind running across a big cornfield? It looks as if a big, long blanket were being spread out for dancers to come and dance on. If you look close and if you listen close you can see the corn fairies come dancing and singing—sometimes. If it is a wild day and a hot sun is pouring down while a cool north wind blows—and this happens sometimes—then you will be sure to see thousands of corn fairies marching and countermarching in mocking grand marches over the big, long blanket of green and silver. Then too they sing, only you must listen with your littlest and newest ears if you wish to hear their singing. They sing soft songs that go pla-sizzy pla-sizzy-sizzy, and each song is softer than an eye wink, softer than a Nebraska baby’s thumb.

And Spink, who is a little girl living in the same house with the man writing this story, and Skabootch, who is another little girl in the same house—both Spink and Skabootch are asking the question, “How can we tell corn fairies if we see ’em? If we meet a corn fairy how will we know it?” And this is the explanation the man gave to Spink who is older than Skabootch, and to Skabootch who is younger than Spink:—

But understand this. The overalls are corn gold cloth, woven from leaves of ripe corn mixed with ripe October corn silk. In the first week of the harvest moon coming up red and changing to yellow and silver the corn fairies sit by thousands between the corn rows weaving and stitching the clothes they have to wear next winter, next spring, next summer.

If it is a cool night and looks like frost, then the laughter of the corn fairies is something worth seeing. All the time they sit sewing their next year clothes they are laughing. It is not a law they have to laugh. They laugh because they are half-tickled and glad because it is a good corn year.

And whenever the corn fairies laugh then the laugh comes out of the mouth like a thin gold frost. If you should be lucky enough to see a thousand corn fairies sitting between the corn rows and all of them laughing, you would laugh with wonder yourself to see the gold frost coming from their mouths while they laughed.

Travelers who have traveled far, and seen many things, say that if you know the corn fairies with a real knowledge you can always tell by the stitches in their clothes what state they are from.

In Minnesota one year there were fairies with a blue sash of corn-flowers across the breast. In the Dakotas the same year all the fairies wore pumpkin-flower neckties, yellow four-in-hands and yellow ascots. And in one strange year it happened in both the states of Ohio and Texas the corn fairies wore little wristlets of white morning glories.

The traveler who heard about this asked many questions and found out the reason why that year the corn fairies wore little wristlets of white morning glories. He said, “Whenever fairies are sad they wear white. And this year, which was long ago, was the year men were tearing down all the old zigzag rail fences. Now those old zigzag rail fences were beautiful for the fairies because a hundred fairies could sit on one rail and thousands and thousands of them could sit on the zigzags and sing pla-sizzy pla-sizzy, softer than an eye-wink, softer than a baby’s thumb, all on a moonlight summer night. And they found out that year was going to be the last year of the zigzag rail fences. It made them sorry and sad, and when they are sorry and sad they wear white. So they picked the wonderful white morning glories running along the zigzag rail fences and made them into little wristlets and wore those wristlets the next year to show they were sorry and sad.”

Of course, all this helps you to know how the corn fairies look in the evening, the night time and the moonlight. Now we shall see how they look in the day time.

In the day time the corn fairies have their overalls of corn gold cloth on. And they walk among the corn rows and climb the corn stalks and fix things in the leaves and stalks and ears of the corn. They help it to grow.

Around the middle of each corn fairy is a yellow-belly belt. And stuck in this belt is a purple moon shaft hammer. Whenever the wind blows strong and nearly blows the corn down, then the fairies run out and take their purple moon shaft hammers out of their yellow-belly belts and nail down nails to keep the corn from blowing down. When a rain storm is blowing up terrible and driving all kinds of terribles across the cornfield, then you can be sure of one thing. Running like the wind among the corn rows are the fairies, jerking their purple moon shaft hammers out of their belts and nailing nails down to keep the corn standing up so it will grow and be ripe and beautiful when the harvest moon comes again in the fall.

And the next time you stand watching a big cornfield in late summer or early fall, when the wind is running across the green and silver, listen with your littlest and newest ears. Maybe you will hear the corn fairies going pla-sizzy pla-sizzy-sizzy, softer than an eye wink, softer than a Nebraska baby’s thumb.

What's a rootabaga? You may enjoy the fruit and vegetable poems by Elizabeth Gordon, in Mother Earth's Children.

Return to the Carl Sandburg Home Page, or . . . Read the next short story; Poker Face the Baboon and Hot Dog the Tiger