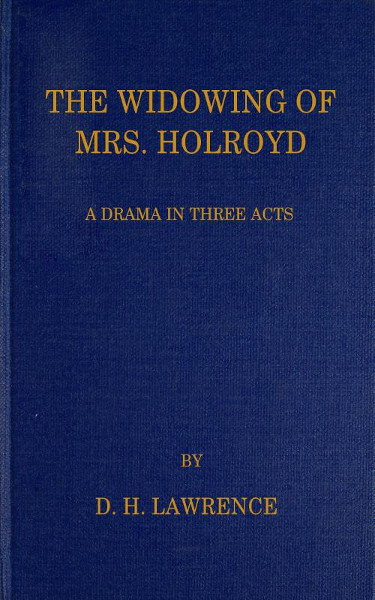 The Widowing of Mrs. Holroyd

The Widowing of Mrs. Holroyd, a drama in three acts, was published in 1914. The play explores the psychological aspects of sex, pushing the boundaries of obscenity with a "sincerity which makes him see and tell the upmost truth with a daintiness that puts offence out of the question." His widely recognized novel published the year before, Sons and Lovers was roundly criticized at the time for its perceived obscenities. it has since become a widely recognized literary classic.

The First Act - Scene I