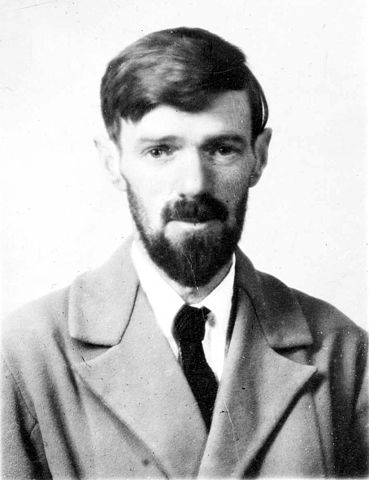 D.H. Lawrence, an English novelist, poet, playwright, critic and painter born in 1885, earned many enemies and skeptics due to his works' themes of the illicit sex, dehumanizing effects of industrialization and modernism. He endured persecution, censorship and slander as a pornographer, particularly after Lady Chatterley's Lover was published, and voluntarily exiled himself from popular society. Lawrence spent much of the last half of his life wandering throughout Australia, Italy, the United States, Mexico and France. Not until later in the 20th century, did he come to be viewed as a leader of modernist English literature and considered a visionary thinker. He studied and admired New England Transcendentalism, particularly the works of Henry David Thoreau, Ralph Waldo Emerson, and Louisa May Alcott.

Lawrence moved to London when he finished school to teach and begin writing. His autobiographical novel Sons and Lovers (1913), draws upon much of the his provincial upbringing. Lawrence rewrote and published Studies in Classic American Literature (1917). This book helped to revive the reputation of Herman Melville during the early 1920s.

Lawrence died of complications from tuberculosis in Vence, France in 1930.

The Widowing of Mrs. Holroyd

Apprehension
Autumn Sunshine
Birdcage Walk
Bitterness of death
Coming awake
Debacle
Embankment at night, charity
Embankment at night, outcasts
Everlasting flowers
Flapper
Flat suburbs, s.w., in the morning
From a college window
Gipsy
Heimweh
Hyde park at night, before the war
In Church
Intime
Letter from town: on a grey evening in march
Letter from town: the almond tree
Love storm
Narcissus
Next morning
On that day
Palimpsest of twilight
Parliament hill in the evening
Phantasmagoria
Piano
Piccadilly circus at night
Reading a letter
School on the outskirts
Seven seals
Sickness
Sigh no more
Suburbs on a hazy day
Tarantella
The north country
Thief in the night
Twenty years ago
Two-fold
Two wives
Under the oak
Winter in the Boulevard