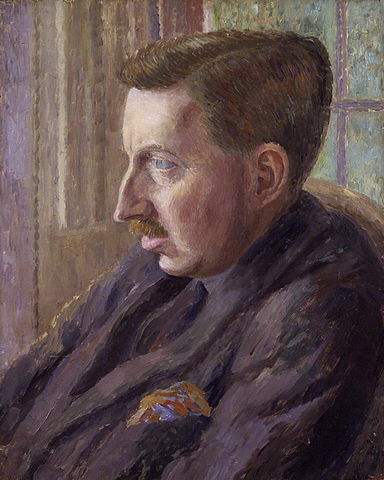 Edward Morgan Forster (1879 - 1970), known by his pen name, E.M. Forster, was raised in a Welsh middle-class family in London. He became a successful English novelist, essayist and short story writer, nominated thirteen different years for the Nobel Prize for Literature. His most recognized novels include: Howard's End (1910), A Room With a View (1908), and A Passage to India (1924), which brought his greatest commercial success. These novels adapted beautifully to film (as Merchant & Ivory and Anthony Hopkins fans can attest), due to Forster's inclination to develop intricate storylines, and employ great sympathy for his characters. The consistent theme of his works was examining hypocrisy and class differences in British society, and he used irony skillfully to deliver his message. Forster also enjoyed writing short stories; one of his most intriguing Dystopian Stories is The Machine Stops. He published Collected Short Stories (1947), and The Life to Come and Other stories (posthumously in 1972). His literary criticisms included The Feminine Note in Literature, published posthumously in 2001.

Forster was a BBC Radio broadcaster in the 1930's and 1940's. He was a member of The Bloomsbury Group, influential English literary artists in the first half of the twentieth century who expressed modern attitudes toward pacifism, sexuality and feminism. Members included Virginia Woolf, John Maynard Keynes, and Lytton Strachey. E.M. Forster lived to the age of 91, having enjoyed a prolific lifetime of storytelling.

A Room With a View
Howard's End

The Celestial Omnibus
The Machine Stops