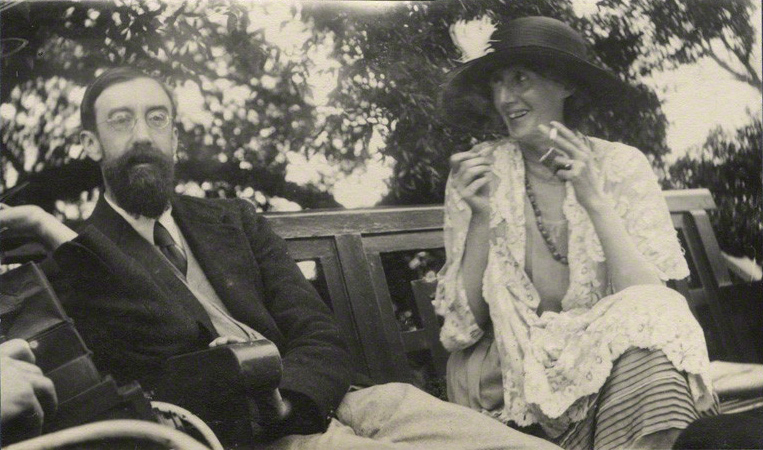 Lytton Strachey (1880 - 1932), English writer and critic, was a founding member of the Bloomsbury Group, along with Virginia Woolf (featured in Strachey's biography photo), and E.M. Forster. The group supported modern fiction writers in the first half of the twentieth century to express their feelings in their work, rather than be constrained by expectations from publishers or society. The literary artists championed modernist attitudes toward pacifism, feminism, and sexuality. Strachey developed a new form of biography which provided insights into the psychology of his subjects. Such biographies include Eminent Victorians (1918), and Queen Victoria (1921).

Strachey attended Trinity College, Cambridge and received the Chancellor's Medal for English Verse in 1902. Though his studies were often extended due to illness, he continued to study at Cambridge. After graduating, Strachey received a year-long fellowship in 1905 in which he wrote a voluminous, 400-page thesis on Warren Hastings. Scholars didn't think much of his work, but he carried on developing his distinct biographical style which resulted in his first acclaimed novel, Eminent Victorians (1918). Strachey died at age 51; many of his works were published posthumously, including Characters and Commentaries (1933), and Ermyntrude and Esmeralda (1969). His reported parting words seem aptly modernist: "If this is dying, then I don't think much of it."[1]
[1] Wikipedia citation: Leigh Rutledge, The Gay Fireside Companion (1989).