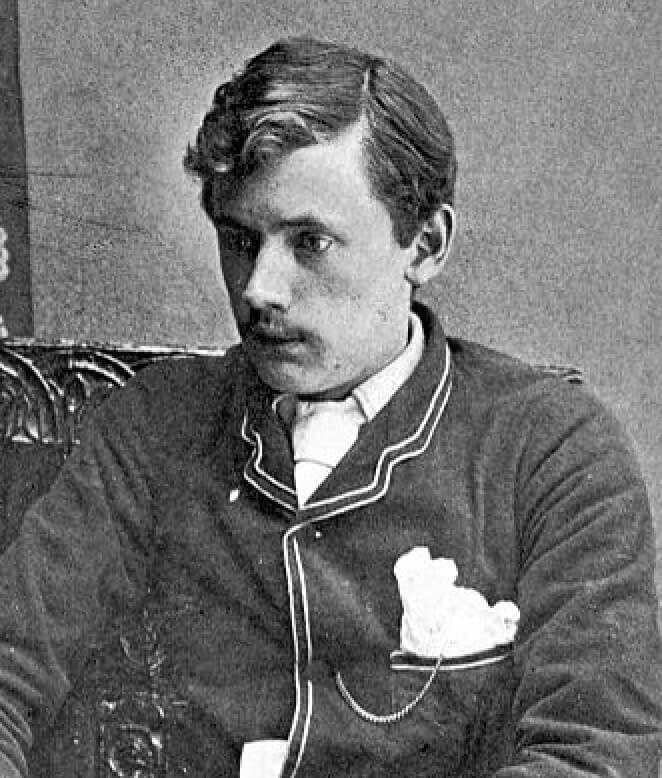 Ernest Dowson (1867-1900) was an English poet, novelist, and short story writer, associated with the Decadent movement, an aesthetic ideology of excess and artificiality. He is most remembered for coining the phrases, "days of wine and roses" and "gone with the wind," which inspired Margaret Mitchell by its "far away, faintly sad sound I wanted" for the title of her epic novel published in 1936.

Dowson and Son, a dry-docking business in Limehouse, London, is where Dowson got his start, a business started by his grandfather. He pursued writing as a side-line, and became a member of the Rhymers' Club, joining William Butler Yeats.

Dowson faced tragedy in 1894, with his father's death from complications of tuberculosis, and a year later his mother hanging herself after a prolonged case of consumption. Dowson's own health began to decline rapidly shortly thereafter.

Dowson was a prolific translator of French fiction, including novels by Honore de Balzac and Dangerous Liaisons by Choderlos de Laclos.