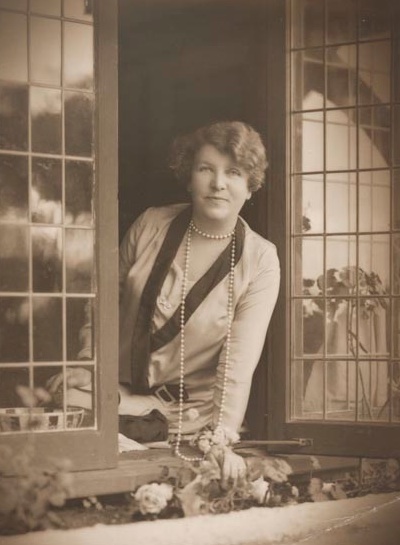 Ethel Turner (1873 - 1958) was an English-born Australian novelist and writer of children's literature.

Her wonderful story Seven Little Australians is a classic of children's literature and belongs in the same category of Frances Hodgson Burnett's The Secret Garden and Louisa May Alcott's Little Women.

Seven Little Australians follows the seven Wolcott children as they grow up in 1880s Australia. The work has strong autobiographical overtones for Turner. Her English father died when she was two years old and her mother Sarah was left to care for two young girls. Her mother then married a man with six children of his own, and he and Sarah added another child to their family. When the husband died, Tuner's mother Sarah now had nine children to look after. Sarah moved to Australia in 1879, married and had another child. So turner herself grew up in a large English-Australian family and undoubtedly drew heavily on that experience when writing Seven Little Australians.