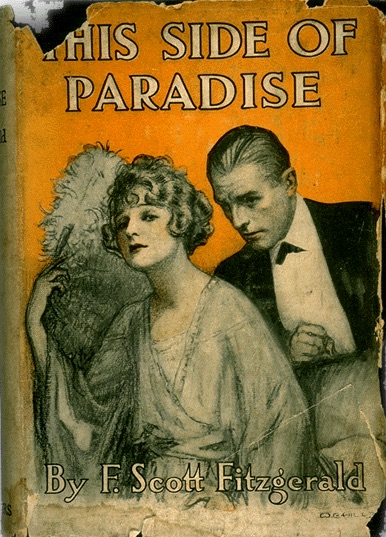 This Side of Paradise

This Side of Paradise was published on March 26th, 1920 when F. Scott Fitzgerald was 23 years old. At the time, he was the youngest author ever published by Scribner.

After Princeton, Fitzgerald joined the military and was stationed in Montgomery, Alabama where he met Zelda Sayre, the daughter of a state Supreme Court justice. Zelda rejected Fitzgerald, in part because she feared he would be unable to support her financially, or at least not to her level of ambitions. The success of This Side of Paradise secured fame and fortune for Fitzgerald and he won Zelda's hand in marriage.

BOOK ONE: The Romantic Egoist

5. THE EGOTIST BECOMES A PERSONAGE