Here is a brace of vignettes by the Old
Vignette Master ... short and sharp
... like a hypodermic!

"The first time machine, gentlemen," Professor Johnson proudly informed his two colleagues. "True, it is a small-scale experimental model. It will operate only on objects weighing less than three pounds, five ounces and for distances into the past and future of twelve minutes or less. But it works."

The small-scale model looked like a small scale--a postage scale--except for two dials in the part under the platform.

Professor Johnson held up a small metal cube. "Our experimental object," he said, "is a brass cube weighing one pound, two point three ounces. First, I shall send it five minutes into the future."

He leaned forward and set one of the dials on the time machine. "Look at your watches," he said.

They looked at their watches. Professor Johnson placed the cube gently on the machine's platform. It vanished.

Five minutes later, to the second, it reappeared.

"How can you place it there, then?" asked one of his colleagues.

"It will, as my hand approaches, vanish from the platform and appear in my hand to be placed there. Three o'clock. Notice, please."

The cube vanished from his hand.

It appeared on the platform of the time machine.

"See? Five minutes before I shall place it there, it is there!"

His other colleague frowned at the cube. "But," he said, "what if, now that it has already appeared five minutes before you place it there, you should change your mind about doing so and not place it there at three o'clock? Wouldn't there be a paradox of some sort involved?"

"An interesting idea," Professor Johnson said. "I had not thought of it, and it will be interesting to try. Very well, I shall not ..."

There was no paradox at all. The cube remained.

But the entire rest of the Universe, professors and all, vanished.

He was wet and muddy and hungry and cold, and he was fifty thousand light-years from home.

A strange blue sun gave light and the gravity, twice what he was used to, made every movement difficult.

But in tens of thousands of years this part of war hadn't changed. The flyboys were fine with their sleek spaceships and their fancy weapons. When the chips are down, though, it was still the foot soldier, the infantry, that had to take the ground and hold it, foot by bloody foot. Like this damned planet of a star he'd never heard of until they'd landed him there. And now it was sacred ground because the aliens were there too. The aliens, the only other intelligent race in the Galaxy ... cruel, hideous and repulsive monsters. 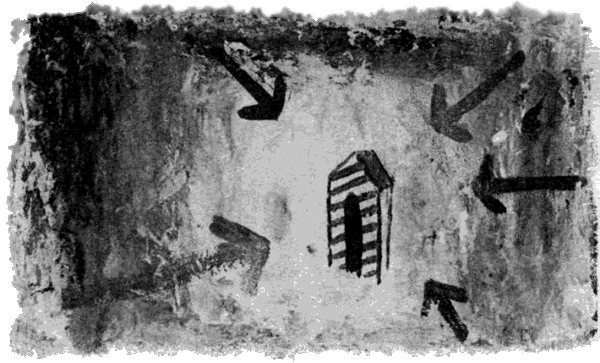 Contact had been made with them near the center of the Galaxy, after the slow, difficult colonization of a dozen thousand planets; and it had been war at sight; they'd shot without even trying to negotiate, or to make peace.

Now, planet by bitter planet, it was being fought out.

He was wet and muddy and hungry and cold, and the day was raw with a high wind that hurt his eyes. But the aliens were trying to infiltrate and every sentry post was vital.

He stayed alert, gun ready. Fifty thousand light-years from home, fighting on a strange world and wondering if he'd ever live to see home again.

And then he saw one of them crawling toward him. He drew a bead and fired. The alien made that strange horrible sound they all make, then lay still.

He shuddered at the sound and sight of the alien lying there. One ought to be able to get used to them after a while, but he'd never been able to. Such repulsive creatures they were, with only two arms and two legs, ghastly white skins and no scales.