At Fault
The Awakening

A December Day in Dixie
A Dresden Lady in Dixie
A Family Affair
After the Winter
A Gentleman of Bayou Têche
A Harbinger
A Horse Story
A Lady of Bayou St. John
A Little Country Girl
A Little Free-Mulatto
A Matter of Prejudice
A Mental Suggestion
A Morning Walk
An Egyptian Cigarette
An Idle Fellow
A Night in Acadie
A No-Account Creole
A Pair of Silk Stockings
A Point at Issue!
A Reflection
A Respectable Woman
A Rude Awakening
A Sentimental Soul
A Shameful Affair
At Chênière Caminada
Athénaïse
At the 'Cadian Ball
A Turkey Hunt
A Very Fine Fiddle
A Visit to Avoyelles
A Wizard from Gettysburg
Azélie
Beyond the Bayou
Boulôt and Boulotte
Caline
Cavanelle
Dead Men's Shoes
Desiree's Baby
Doctor Chevalier's Lie
Emancipation. A Life Fable
For Marse Chouchoute
Her Letters
In and Out of Natchitoches
In Sabine
Juanita
La Belle Zoraïde
Lilacs
Loka
Love on the Bon-Dieu
Ma'ame Pelagie
Madame Célestin's Divorce
Mamouche
Miss McEnders
Nég Créol
Odalie Misses Mass
Old Aunt Peggy
Ozème's Holiday
Polydor
Regret
Ripe Figs
Tante Cat'rinette
The Bênitous' Slave
The Blind Man
The Kiss
The Lilies
The Locket
The Night Came Slowly
The Recovery
The Return of Alcibiade
The Storm
The Story of An Hour
The Unexpected

By The Meadow Gate
To the Friend of My Youth: To Kitty

Kate Chopin (1850 - 1904), born Katherine O'Flaherty in St. Louis, Missouri on February 8, 1850, is considered one of the first feminist authors of the 20th century. She is often credited for introducing the modern feminist literary movement. Chopin was following a rather conventional path as a housewife until an unfortunate tragedy-- the untimely death of her husband-- altered the course of her life. She became a talented and prolific short story writer, influenced primarily by the French short story author, Guy de Maupassant. She is best known for her novel The Awakening (1899), a hauntingly prescient tale of a woman unfulfilled by the mundane yet highly celebrated "feminine role," and her painful realization that the constraints of her gender blocked her ability to seek a more fulfilling life. Many of her works are featured in our Feminist Literature - Study Guide

Commenting on the influence of Maupassant on her writing, Chopin wrote:
"...I read his stories and marveled at them. Here was life, not fiction; for where were the plots, the old fashioned mechanism and stage trapping that in a vague, unthinkable way I had fancied were essential to the art of story making. Here was a man who had escaped from tradition and authority, who had entered into himself and looked out upon life through his own being and with his own eyes; and who, in a direct and simple way, told us what he saw.." [source: Jane Le Marquand, Deep South (1996)] 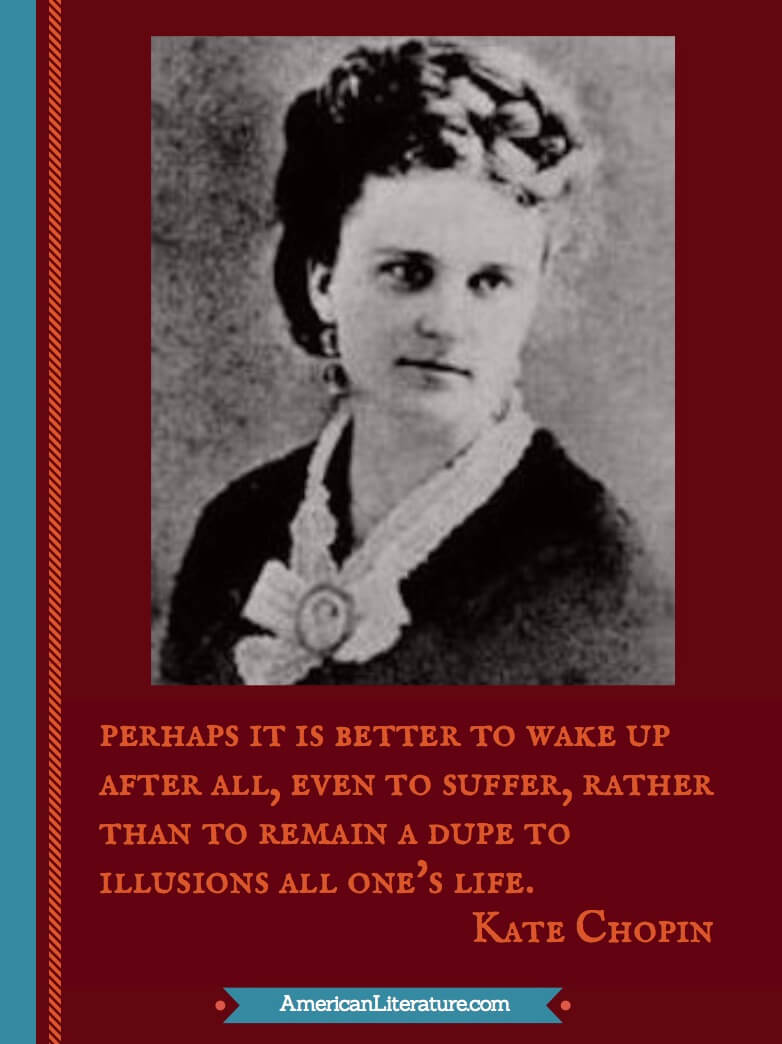 Chopin's settings for many of her stories is in north central Louisiana, many in Natchitoches. She published two significant short story collections; Bayou Folk in 1894, and then A Night in Acadie in 1897. She remains one of our favorite authors for her exceptional gift with words, use of irony, and range of evocative writing themes. Reader will find gems of her work in both collections, most of which are offered as links on the left of this page.

Some argue that modern feminism was borne on her pages, and one needs to look no further than her 1894 short story The Story of an Hour to support the claim. We encourage students and teachers to use our The Story of An Hour - Study Guide to better understand the work and its role in launching modern feminist literature. The reader should note the relationship of the leading figure in that story to the circumstances of Kate Chopin’s own life, where the death of her own husband started a process that would ultimately push her beyond the roles of wife and mother of six and on to the life of an artist. After The Story of an Hour, a reader would do well to balance the scale and turn their attention to a work that embraces rather than challenging conventional roles for women: Regret is a short story blessed with love and borne from a mother's heart.

Chopin's writing career began after her husband died on their Louisiana plantation in 1882 and she was struggling financially. Her mother convinced Kate to move back to St. Louis, but died shortly thereafter leaving her alone. Now Chopin, suffering from the loss of her husband and mother, was advised by her obstetrician and family friend to fight her state of depression by taking up writing as a source of therapeutic healing, a way to focus her energy and provide Chopin with a source of income. She took the advice to heart. 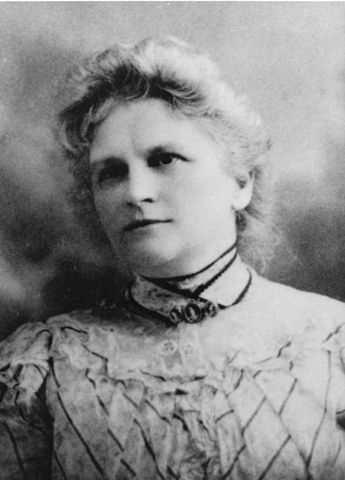 By the early 1890s, Kate Chopin was writing short stories, articles, and translations which appeared in periodicals and literary magazines regionally based in St. Louis -- she was perceived as a "local color" writer, but her literary qualities were discounted. Her novel The Awakening, (1899) was considered too far ahead of its time; Chopin was discouraged by the literary criticism and that she had not been accepted as an author, so she turned to short story writing almost exclusively thereafter.

Chopin embraced a number of writing styles, taking into account her ancestry of Irish and French descent, and her years with Creole and Cajun influences in Louisiana. Slavery and women's rights were realities that she incorporated in many of her stories and sketches, portraying women in a less than conventional manner, with individual wants and needs. Perhaps in many ways autobiographical, her exploration of women's independence was not celebrated until many years later. Chopin was in many ways, a woman before her time.

But it would be a grave mistake to dismiss Chopin as exclusively "a feminist" writer. She was a first-class writer whose ability to raise life from a blank page knows few equals. Prepare your heart and your brain before reading Kate Chopin, she demands both.

Visit American History in Literature, The Story of An Hour - Study Guide, and the African American Library for more details about the writing and figures who helped shape America.