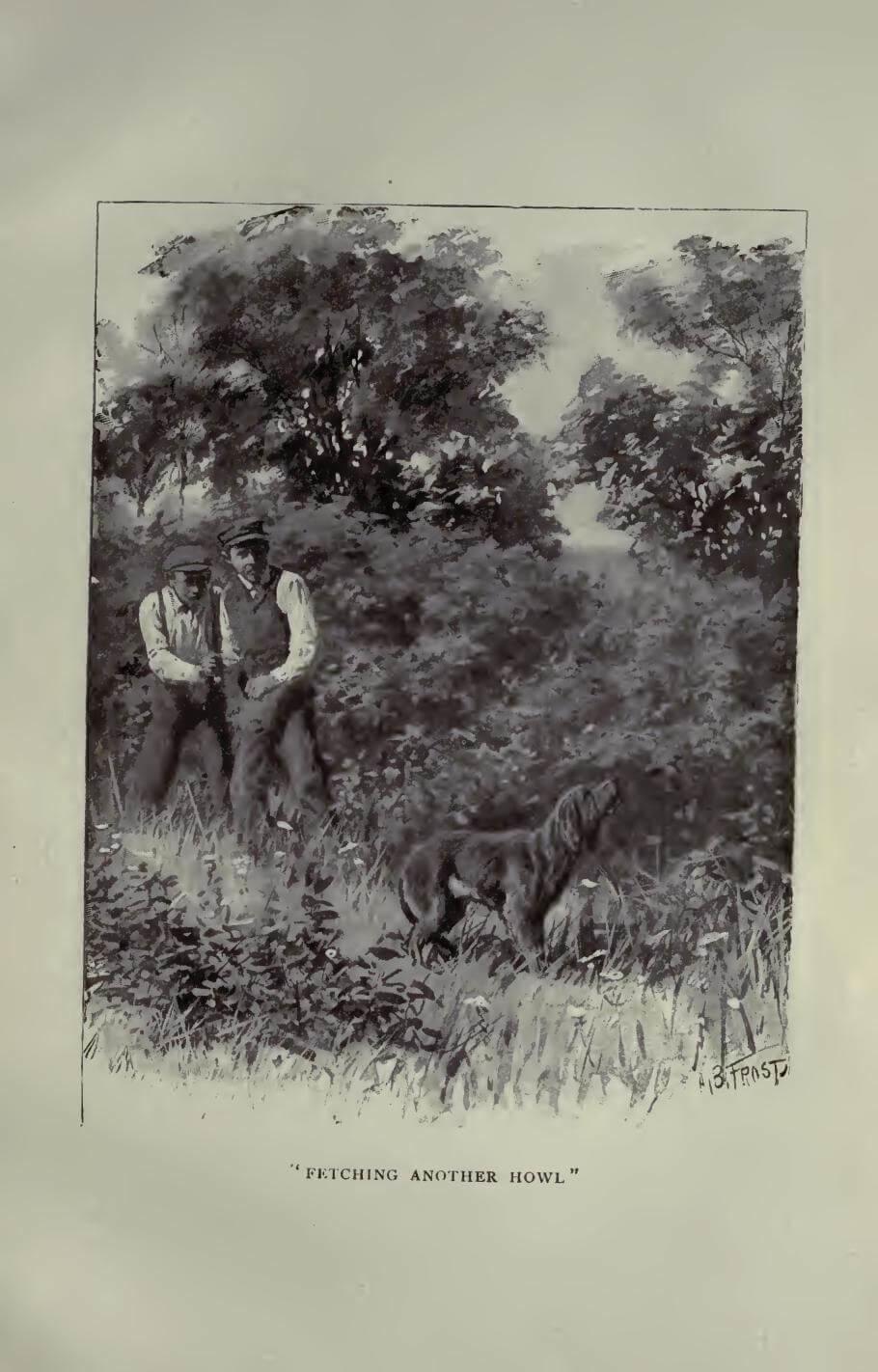 IN the next two or three days Dummy he got to be powerful popular. He went associating around with the neighbors, and they made much of him,and was proud to have such a rattling curiosity among them. They had him to breakfast, they had him to dinner, they had him to supper; they kept him loaded up with hog and hominy, and warn't ever tired staring at him and wondering over him, and wishing they knowed more about him, he was soun common and romantic. His signs warn't no good; people couldn'tunderstand them and he prob'ly couldn't himself, but he done a sight ofgoo-gooing, and so everybody was satisfied, and admired to hear him goit. He toted a piece of slate around, and a pencil; and people wrotequestions on it and he wrote answers; but there warn't anybody could readhis writing but Brace Dunlap. Brace said he couldn't read it very good,but he could manage to dig out the meaning most of the time. He saidDummy said he belonged away off somers and used to be well off, but gotbusted by swindlers which he had trusted, and was poor now, and hadn'tany way to make a living.

Everybody praised Brace Dunlap for being so good to that stranger. Helet him have a little log-cabin all to himself, and had his niggers takecare of it, and fetch him all the vittles he wanted.

Dummy was at our house some, because old Uncle Silas was so afflictedhimself, these days, that anybody else that was afflicted was a comfortto him. Me and Tom didn't let on that we had knowed him before, and hedidn't let on that he had knowed us before. The family talked theirtroubles out before him the same as if he wasn't there, but we reckonedit wasn't any harm for him to hear what they said. Generly he didn't seemto notice, but sometimes he did.

Well, two or three days went along, and everybody got to getting uneasyabout Jubiter Dunlap. Everybody was asking everybody if they had anyidea what had become of him. No, they hadn't, they said: and they shooktheir heads and said there was something powerful strange about it.Another and another day went by; then there was a report got around thatpraps he was murdered. You bet it made a big stir! Everybody's tonguewas clacking away after that. Saturday two or three gangs turned out andhunted the woods to see if they could run across his remainders. Me andTom helped, and it was noble good times and exciting. Tom he was sobrimful of it he couldn't eat nor rest. He said if we could find thatcorpse we would be celebrated, and more talked about than if we gotdrownded.

The others got tired and give it up; but not Tom Sawyer--that warn't hisstyle. Saturday night he didn't sleep any, hardly, trying to think up aplan; and towards daylight in the morning he struck it. He snaked me outof bed and was all excited, and says:

"Quick, Huck, snatch on your clothes--I've got it! Bloodhound!"

In two minutes we was tearing up the river road in the dark towards thevillage. Old Jeff Hooker had a bloodhound, and Tom was going to borrowhim. I says:

"It don't make any difference, Huck. If the body's hid in the woodsanywhere around the hound will find it. If he's been murdered and buried,they wouldn't bury him deep, it ain't likely, and if the dog goes overthe spot he'll scent him, sure. Huck, we're going to be celebrated, sureas you're born!"

He was just a-blazing; and whenever he got afire he was most likely toget afire all over. That was the way this time. In two minutes he hadgot it all ciphered out, and wasn't only just going to find thecorpse--no, he was going to get on the track of that murderer and huntHIM down, too; and not only that, but he was going to stick to him till--"Well," I says, "you better find the corpse first; I reckon that'sa-plenty for to-day. For all we know, there AIN'T any corpse and nobodyhain't been murdered. That cuss could 'a' gone off somers and not beenkilled at all."

That graveled him, and he says:

"Huck Finn, I never see such a person as you to want to spoil everything.As long as YOU can't see anything hopeful in a thing, you won't letanybody else. What good can it do you to throw cold water on that corpseand get up that selfish theory that there ain't been any murder? None inthe world. I don't see how you can act so. I wouldn't treat you likethat, and you know it. Here we've got a noble good opportunity to make aruputation, and--"

"I never said anything about being glad; I only--"

"There ain't any druthers ABOUT it, Huck Finn; nobody said anything aboutdruthers. And as for--"

He forgot he was talking, and went tramping along, studying. He begun toget excited again, and pretty soon he says:

"Huck, it'll be the bulliest thing that ever happened if we find the bodyafter everybody else has quit looking, and then go ahead and hunt up themurderer. It won't only be an honor to us, but it'll be an honor toUncle Silas because it was us that done it. It'll set him up again, yousee if it don't."

But Old Jeff Hooker he throwed cold water on the whole business when wegot to his blacksmith shop and told him what we come for.

"You can take the dog," he says, "but you ain't a-going to find anycorpse, because there ain't any corpse to find. Everybody's quit looking,and they're right. Soon as they come to think, they knowed there warn'tno corpse. And I'll tell you for why. What does a person kill anotherperson for, Tom Sawyer?--answer me that."

"Answer up! You ain't no fool. What does he kill him FOR?"

"Well, sometimes it's for revenge, and--"

"Wait. One thing at a time. Revenge, says you; and right you are. Nowwho ever had anything agin that poor trifling no-account? Who do youreckon would want to kill HIM?--that rabbit!"

Tom was stuck. I reckon he hadn't thought of a person having to have aREASON for killing a person before, and now he sees it warn't likelyanybody would have that much of a grudge against a lamb like JubiterDunlap. The blacksmith says, by and by:

"The revenge idea won't work, you see. Well, then, what's next? Robbery?B'gosh, that must 'a' been it, Tom! Yes, sirree, I reckon we've struck itthis time. Some feller wanted his gallus-buckles, and so he--"

But it was so funny he busted out laughing, and just went on laughing andlaughing and laughing till he was 'most dead, and Tom looked so put outand cheap that I knowed he was ashamed he had come, and he wished hehadn't. But old Hooker never let up on him. He raked up everything aperson ever could want to kill another person about, and any fool couldsee they didn't any of them fit this case, and he just made no end of funof the whole business and of the people that had been hunting the body;and he said:

"If they'd had any sense they'd 'a' knowed the lazy cuss slid out becausehe wanted a loafing spell after all this work. He'll come pottering backin a couple of weeks, and then how'll you fellers feel? But, laws blessyou, take the dog, and go and hunt his remainders. Do, Tom."

Then he busted out, and had another of them forty-rod laughs of hisn.Tom couldn't back down after all this, so he said, "All right, unchainhim;" and the blacksmith done it, and we started home and left that oldman laughing yet.

It was a lovely dog. There ain't any dog that's got a lovelierdisposition than a bloodhound, and this one knowed us and liked us. Hecapered and raced around ever so friendly, and powerful glad to be freeand have a holiday; but Tom was so cut up he couldn't take any intrust inhim, and said he wished he'd stopped and thought a minute before he everstarted on such a fool errand. He said old Jeff Hooker would telleverybody, and we'd never hear the last of it.

So we loafed along home down the back lanes, feeling pretty glum and nottalking. When we was passing the far corner of our tobacker field weheard the dog set up a long howl in there, and we went to the place andhe was scratching the ground with all his might, and every now and thencanting up his head sideways and fetching another howl.

It was a long square, the shape of a grave; the rain had made it sinkdown and show the shape. The minute we come and stood there we looked atone another and never said a word. When the dog had dug down only a fewinches he grabbed something and pulled it up, and it was an arm and asleeve. Tom kind of gasped out, and says:

I just felt awful. We struck for the road and fetched the first men thatcome along. They got a spade at the crib and dug out the body, and younever see such an excitement. You couldn't make anything out of theface, but you didn't need to. Everybody said:

"Poor Jubiter; it's his clothes, to the last rag!"

Some rushed off to spread the news and tell the justice of the peace andhave an inquest, and me and Tom lit out for the house. Tom was all afireand 'most out of breath when we come tearing in where Uncle Silas andAunt Sally and Benny was. Tom sung out:

"Me and Huck's found Jubiter Dunlap's corpse all by ourselves with abloodhound, after everybody else had quit hunting and given it up; and ifit hadn't a been for us it never WOULD 'a' been found; and he WASmurdered too--they done it with a club or something like that; and I'mgoing to start in and find the murderer, next, and I bet I'll do it!"

Aunt Sally and Benny sprung up pale and astonished, but Uncle Silas fellright forward out of his chair on to the floor and groans out: