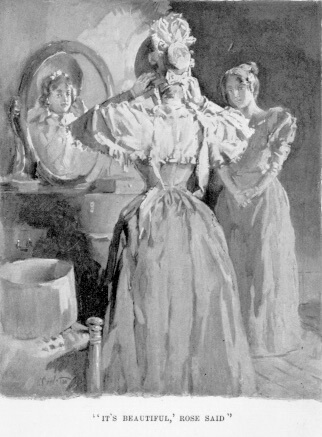 Pembroke was originally intended as a study of the human will in several New England characters, in different phases of disease and abnormal development, and to prove, especially in the most marked case, the truth of a theory that its cure depended entirely upon the capacity of the individual for a love which could rise above all considerations of self, as Barnabas Thayer's love for Charlotte Barnard finally did.

While Barnabas Thayer is the most pronounced exemplification of this theory, and while he, being drawn from life, originally suggested the scheme of the study, a number of the other characters, notably Deborah Thayer, Richard Alger, and Cephas Barnard, are instances of the same spiritual disease. Barnabas to me was as much the victim of disease as a man with curvature of the spine; he was incapable of straightening himself to his former stature until he had laid hands upon a more purely unselfish love than he had ever known, through his anxiety for Charlotte, and so raised himself to his own level.

When I make use of the term abnormal, I do not mean unusual in any sense. I am far from any intention to speak disrespectfully or disloyally of those stanch old soldiers of the faith who landed upon our inhospitable shores and laid the foundation, as on a very rock of spirit, for the New England of to-day; but I am not sure, in spite of their godliness, and their noble adherence, in the face of obstacles, to the dictates of their consciences, that their wills were not developed past the reasonable limit of nature. What wonder is it that their descendants inherit this peculiarity, though they may develop it for much less worthy and more trivial causes than the exiling themselves for a question of faith, even the carrying-out of personal and petty aims and quarrels? There lived in a New England village, at no very remote time, a man who objected to the painting of the kitchen floor, and who quarrelled furiously with his wife concerning the same. When she persisted, in spite of his wishes to the contrary, and the floor was painted, he refused to cross it to his dying day, and always, to his great inconvenience, but probably to his soul's satisfaction, walked around it. A character like this, holding to a veriest trifle with such a deathless cramp of the will, might naturally be regarded as a notable exception to a general rule; but his brethren who sit on church steps during services, who are dumb to those whom they should love, and will not enter familiar doors because of quarrels over matters of apparently no moment, are legion. Pembroke is intended to portray a typical New England village of some sixty years ago, as many of the characters flourished at that time, but villages of a similar description have existed in New England at a much later date, and they exist to-day in a very considerable degree. There are at the present time many little towns in New England along whose pleasant elm or maple shaded streets are scattered characters as pronounced as any in Pembroke. A short time since a Boston woman recited in my hearing a list of seventy-five people in the very small Maine village in which she was born and brought up, and every one of the characters which she mentioned had some almost incredibly marked physical or mental characteristic.

However, this state of things—this survival of the more prominent traits of the old stiff-necked ones, albeit their necks were stiffened by their resistance of the adversary—can necessarily be known only to the initiated. The sojourner from cities for the summer months cannot often penetrate in the least, though he may not be aware of it, the reserve and dignified aloofness of the dwellers in the white cottages along the road over which he drives. He often looks upon them from the superior height of a wise and keen student of character; he knows what he thinks of them, but he never knows what they think of him or themselves. Unless he is a man of the broadest and most democratic tendencies, to whom culture and the polish of society is as nothing beside humanity, and unless he returns, as faithfully as the village birds to their nests, to his summer home year after year, he cannot see very far below the surfaces of villages of which Pembroke is typical. Quite naturally, when the surfaces are broken by some unusual revelation of a strongly serrate individuality, and the tale thereof is told at his dinner-table with an accompaniment of laughter and exclamation-points, he takes that case for an isolated and by no means typical one, when, if the truth were told, the village windows are full of them as he passes by.

However, this state of things must necessarily exist, and has existed, in villages which, like Pembroke, have not been brought much in contact with outside influences, and have not been studied or observed at all by people not of their kind by birth or long familiarity. In towns which have increased largely in population, and have become more or less assimilated with a foreign element, these characters do not exist in such a large measure, are more isolated in reality, and have, consequently, less claim to be considered types. But there have been, and are to-day in New England, hundreds of villages like Pembroke, where nearly every house contains one or more characters so marked as to be incredible, though a writer may be prevented, for obvious reasons, from mentioning names and proving facts.

There is often to a mind from the outside world an almost repulsive narrowness and a pitiful sordidness which amounts to tragedy in the lives of such people as those portrayed in Pembroke, but quite generally the tragedy exists only in the comprehension of the observer and not at all in that of the observed. The pitied would meet pity with resentment; they would be full of wonder and wrath if told that their lives were narrow, since they have never seen the limit of the breadth of their current of daily life. A singing-school is as much to them as a symphony concert and grand opera to their city brethren, and a sewing church sociable as an afternoon tea. Though the standard of taste of the simple villagers, and their complete satisfaction therewith, may reasonably be lamented, as also their restricted view of life, they are not to be pitied, generally speaking, for their unhappiness in consequence. It may be that the lack of unhappiness constitutes the real tragedy.