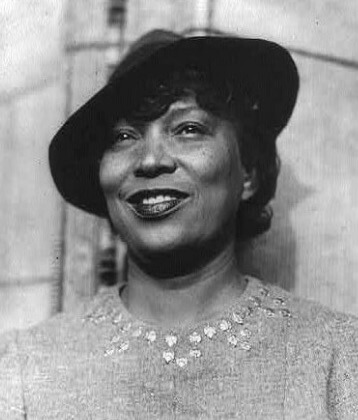 Nora Zeale Hurston (1891-1960) was an American novelist, short story writer, and anthropologist who wrote about African-American struggles, particularly in the deep South, as well as documenting practices of Haitian voodoo. She is best known for her 1937 novel, Their Eyes Were Watching God.

Hurston was born in Notasulga, Alabama, moved to Eatonville, Florida, which was the setting for most of her short stories. After completing Barnard College, where she conducted ethnographic and anthropological research, she moved to New York City, where she became a central figure in the Harlem Renaissance, writing short story satires, and befriending notable authors including Langston Hughes and Countee Cullen. Hughes and Hurston co-authored the play, The Mule-Bone in 1931, after which they severed their relationship. The play was not performed until 1991. 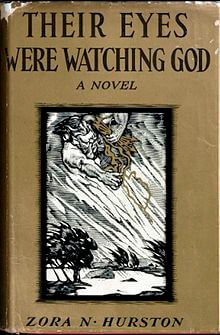 Though most of Hurston's work is not yet in the public domain, we offer one of her plays that is, Poker!, featured in the African American Library.