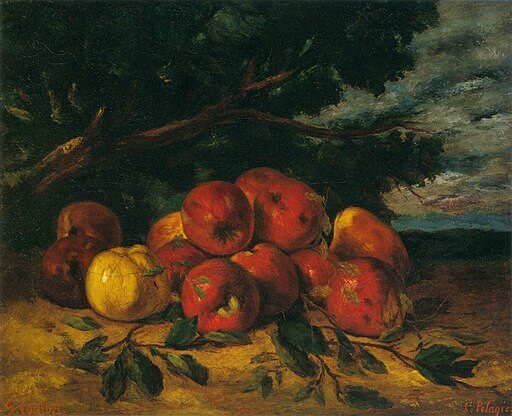 HE WAS AN old man with a white beard and huge nose and hands. Long before the time during which we will know him, he was a doctor and drove a jaded white horse from house to house through the streets of Winesburg. Later he married a girl who had money. She had been left a large fertile farm when her father died. The girl was quiet, tall, and dark, and to many people she seemed very beautiful. Everyone in Winesburg wondered why she married the doctor. Within a year after the marriage she died.

The knuckles of the doctor's hands were extraordinarily large. When the hands were closed they looked like clusters of unpainted wooden balls as large as walnuts fastened together by steel rods. He smoked a cob pipe and after his wife's death sat all day in his empty office close by a window that was covered with cobwebs. He never opened the window. Once on a hot day in August he tried but found it stuck fast and after that he forgot all about it.

Winesburg had forgotten the old man, but in Doctor Reefy there were the seeds of something very fine. Alone in his musty office in the Heffner Block above the Paris Dry Goods Company's store, he worked ceaselessly, building up something that he himself destroyed. Little pyramids of truth he erected and after erecting knocked them down again that he might have the truths to erect other pyramids.

Doctor Reefy was a tall man who had worn one suit of clothes for ten years. It was frayed at the sleeves and little holes had appeared at the knees and elbows. In the office he wore also a linen duster with huge pockets into which he continually stuffed scraps of paper. After some weeks the scraps of paper became little hard round balls, and when the pockets were filled he dumped them out upon the floor. For ten years he had but one friend, another old man named John Spaniard who owned a tree nursery. Sometimes, in a playful mood, old Doctor Reefy took from his pockets a handful of the paper balls and threw them at the nursery man. "That is to confound you, you blathering old sentimentalist," he cried, shaking with laughter.

The story of Doctor Reefy and his courtship of the tall dark girl who became his wife and left her money to him is a very curious story. It is delicious, like the twisted little apples that grow in the orchards of Winesburg. In the fall one walks in the orchards and the ground is hard with frost underfoot. The apples have been taken from the trees by the pickers. They have been put in barrels and shipped to the cities where they will be eaten in apartments that are filled with books, magazines, furniture, and people. On the trees are only a few gnarled apples that the pickers have rejected. They look like the knuckles of Doctor Reefy's hands. One nibbles at them and they are delicious. Into a little round place at the side of the apple has been gathered all of its sweetness. One runs from tree to tree over the frosted ground picking the gnarled, twisted apples and filling his pockets with them. Only the few know the sweetness of the twisted apples.

The girl and Doctor Reefy began their courtship on a summer afternoon. He was forty-five then and already he had begun the practice of filling his pockets with the scraps of paper that became hard balls and were thrown away. The habit had been formed as he sat in his buggy behind the jaded white horse and went slowly along country roads. On the papers were written thoughts, ends of thoughts, beginnings of thoughts.

One by one the mind of Doctor Reefy had made the thoughts. Out of many of them he formed a truth that arose gigantic in his mind. The truth clouded the world. It became terrible and then faded away and the little thoughts began again.

The tall dark girl came to see Doctor Reefy because she was in the family way and had become frightened. She was in that condition because of a series of circumstances also curious.

The death of her father and mother and the rich acres of land that had come down to her had set a train of suitors on her heels. For two years she saw suitors almost every evening. Except two they were all alike. They talked to her of passion and there was a strained eager quality in their voices and in their eyes when they looked at her. The two who were different were much unlike each other. One of them, a slender young man with white hands, the son of a jeweler in Winesburg, talked continually of virginity. When he was with her he was never off the subject. The other, a black-haired boy with large ears, said nothing at all but always managed to get her into the darkness, where he began to kiss her.

For a time the tall dark girl thought she would marry the jeweler's son. For hours she sat in silence listening as he talked to her and then she began to be afraid of something. Beneath his talk of virginity she began to think there was a lust greater than in all the others. At times it seemed to her that as he talked he was holding her body in his hands. She imagined him turning it slowly about in the white hands and staring at it. At night she dreamed that he had bitten into her body and that his jaws were dripping. She had the dream three times, then she became in the family way to the one who said nothing at all but who in the moment of his passion actually did bite her shoulder so that for days the marks of his teeth showed.

After the tall dark girl came to know Doctor Reefy it seemed to her that she never wanted to leave him again. She went into his office one morning and without her saying anything he seemed to know what had happened to her.

In the office of the doctor there was a woman, the wife of the man who kept the bookstore in Winesburg. Like all old-fashioned country practitioners, Doctor Reefy pulled teeth, and the woman who waited held a handkerchief to her teeth and groaned. Her husband was with her and when the tooth was taken out they both screamed and blood ran down on the woman's white dress. The tall dark girl did not pay any attention. When the woman and the man had gone the doctor smiled. "I will take you driving into the country with me," he said.

For several weeks the tall dark girl and the doctor were together almost every day. The condition that had brought her to him passed in an illness, but she was like one who has discovered the sweetness of the twisted apples, she could not get her mind fixed again upon the round perfect fruit that is eaten in the city apartments. In the fall after the beginning of her acquaintanceship with him she married Doctor Reefy and in the following spring she died. During the winter he read to her all of the odds and ends of thoughts he had scribbled on the bits of paper. After he had read them he laughed and stuffed them away in his pockets to become round hard balls.