Change is an essay in Dreiser's collection, Hey, Rub-a-Dub-Dub: A Book of the Mystery and Wonder and Terror of Life (1920). "I often think how foolishly humanity opposes change at times and how steadily and uninterruptedly it flows in, altering the face of the world."

IF I were to preach any doctrine to the world it would be love of change, or at least lack of fear of it. From the Bible I would quote: "The older order changeth, giving place to the new," and from Nietzsche: "Learn to revalue your values." 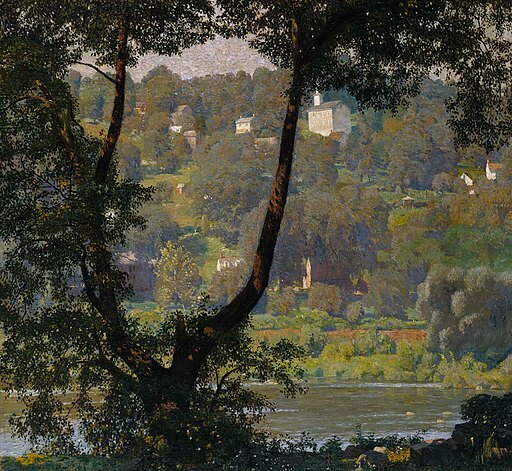 The most inartistic and discouraging phase of the visible scene, in so far as it relates to humanity, is its tendency to stratification, stagnation and rigidity. Yet from somewhere, fortunately, out of the demiurge there blows ever and anon a new breath, quite as though humanity were an instrument through which a force were calling for freshness and change. The old or unyielding die or crumble; the unwitting young arise to take their places. By this same thing which brings man into being is he ended before he becomes inelastic and unpliable. Indeed, Nature constantly replaces her handiwork, quite as in the case of the leaves on the trees, creating newer, greener, sappier things. This is just as true of religions, theories, arts and philosophies as it is of animals, races and individuals. Nothing is fixed. The most convincing and stable thing that you know may well bear inquiring scrutiny, even this law of change. Out of the well-springs of the deep what may not arise?

I often think how foolishly humanity opposes change at times and how steadily and uninterruptedly it flows in, altering the face of the world. With how many astounding changes has not life been visited astounding only because life never seems to be prepared for the astounding. Our little earth minds, being only seventy years in duration and wise only by reason of the actual experience which can be crowded into that time, cannot but view as astounding those larger natural phenomena which in the endless duration of time come swiftly enough, however incalculably slow they may seem to us. "For a thousand years in thy sight are as but yesterday," a million years but a day in geologic time. But to a being whose duration is only seventy years, whose thinking period about forty, how remote they seem, even impossible! If one could live a thousand years the value of change in connection with many things would appear swiftly enough, and the seemingly astounding would become the natural and even the commonplace. If one but observes the phenomena of geology and of biology one may see how ready Nature is to quit one form of effort for another, once its uselessness has become apparent, to drop a difficult tendency in one direction and pursue an easier one in another. Indeed, the theory of the pragmatist is seemingly well-emphasized at times by the disappearance of some large and presumably successful species for reasons of difficulty in connection with its sustenance, and the steady rise of some minor creature whose wants are simple and not difficult to satisfy. And it is not necessarily through aeons and aeons of time that those changes are accomplished but almost instanter, as when behemoth ended and the great auk puffed out. Man says to himself today, "I am the Lord of creation," but is he? A slight change in the chemistry of our atmosphere, so slight that it might be scarcely noticeable, a change in the odor of the air or the taste of the water, could soon end or debilitate him so as to make him of no import whatsoever. It might be unfavorable to man and favorable, let us say, to cats or spiders; then man, a sleepy stumbling creature, would be devoured by his hungry, pagan house pet and the theory of his domination disposed of. Remote? So was the rise of Christianity. If you do not believe this read history, or note what tragedies a slight trace of sewer gas can produce in your own household, how smoke ends a corps of firemen, how water, too much heat, too much cold, may destroy us all. And what star so humble that if it came near enough could not effect one or another of these changes?

Deep below deep lie the mysteries, and theories flourish like weeds in a garden or let us call them flowers, for at times they are so artistic. Arts spring out of the mysteries, but the arts themselves grow stale if left to themselves. The thing that the individual should remember is that he is a part of this vast restlessness, uncertainty and opportunism. Life will have none of anything forever, neither Egypt nor Greece nor Rome nor England nor America; it will not have anything of one type of god, nor a fixed code of morals, nor a fixed conclusion as to what is art, nor a method of living. We build up rules where- with life is to be governed, and behold! some fine day the character of life itself changes and our rules are worthless.

Many of us now dream that there is such a thing as justice, but experience teaches us that it is an abstraction and that what we actually see is an occasional compromise struck in an eternal battle. Many believe that there is such a thing as truth, but, if there is, it is not within the consciousness of man, for he has not the knowledge wherewith to discern it. There is too much that he does not know to permit him to say what is truth. Likewise, virtue and honesty go by the boards as names merely, a system of weights and measures, balances struck between man and man. They are symbols of something which man would like to believe true and permanent. They represent a balance he would like to strike between extremes on either hand, but they are only important to him in his state here. Beyond him lie the deeps which may know them not. All we can know is that we cannot know.

Therefore, what I would most earnestly advocate, if it were of any importance so to do, would be love of change, for by change have come all the spectacles, all the charms and all the creature comforts of which our consciousness is aware. Life appears to be innately artistic in all that it attempts, so that we need not trouble ourselves about that; we can scarcely escape it. If there is a seeming love of order, of stratification, of fixity, in connection with many things, an equally unending force appears to be bent on change and variation, so that that something within us which tends to rigid duty and stratification spells suffering or disappointment for us in so far as we are unable to counteract it. The caution, sprung from somewhere, to keep an open mind is well-grounded in Nature's tendency to change. Not to cling too pathetically to a religion or a system of government or a theory of morals or a method of living, but to be ready to abandon at a moment's notice is the apparent teaching of the ages to be able to step out free and willing to accept new and radically different conditions. This apparently is the ideal state for the human mind. Not that anything so much more perfect is in store (I, for one, do not believe that), but that a different thing is at hand, always, outside your door, around the corner, beyond the limits of the vision of even the philosopher and the thinker. To be always ready, if such a thing were possible, to meet the new and to know that it will be as valuable as the old that is the great thing. But what vain advice! for the experiences, the capacities, the tendencies of man are not in his keeping. There is something controlling, of which we are a part and not a part; there is a mystery to which we belong yet which will not show to us its face. Only its impulses burst upon us from day to day and from century to century, making us weep from fear or regret, or faint with terror, or thrill wild with joy. Out of the deeps they come the realms we do not know. What is Master? Who? What is He or It like? Only by the artistry and the terror and the peace and the change through which it works can we guess, and all names and fames and blames by which we qualify it are as nothing, save that they brighten the face of its one outstanding tendency, which we must accept whether we will or not change.

Return to the Theodore Dreiser Home Page, or . . . Read the next essay; Hey, Rub-a-Dub-Dub