Mrs. Farrell
My Year in a Log Cabin
The Rise of Silas Lapham

A Case Of Metaphantasmia
A Circle In The Water
A Day's Pleasure
A Difficult Case
A Feast Of Reason
A Foolish Man, Philosopher, and Fanatic
A Memory That Worked Overtime
An Experience
A Pair Of Patient Lovers
A Pedestrian Tour
A Presentiment
A Romance Of Real Life
A Sleep And A Forgetting
At a Dime Museum
At The Sign Of The Savage
Braybridge's Offer
Butterflyflutterby and Flutterbybutterfly
Buying A Horse
By Horse-Car To Boston
Christmas Every Day
City and Country in the Fall, A Long-distance Eclogue
Doorstep Acquaintance
Editha
Famous Ohio Soldiers
"Floating Down the River On the O-hi-o"
His Apparition
Incidents And Characteristics
Indian Fighters
Indian Heroes And Sages
Jubilee Days
Later Captivities
Life In The Backwoods
Mrs. Johnson
Ohio As A Part Of France
Ohio Becomes English
Ohio Statesmen
Other Notable Ohioans
Sawdust in the Arena
Scene
Somebody's Mother
Some Lessons From The School Of Morals
Table Talk
The Amigo
The Angel Of The Lord
The Art of the Adsmith
The Boarders
The Captivity Of Boone And Kenton
The Captivity Of James Smith
The Chick Of The Easter Egg
The Civil War In Ohio
The Critical Bookstore
The Daughter Of The Storage
The Eidolons Of Brooks Alford
The Escapade Of A Grandfather
The Escape Of Knight And Slover
The Father
The Fight With Slavery
The First Great Settlements
The Forty Years' War For The West
The History Of Ali Cogia, A Merchant Of Bagdad
The Ice Folk And The Earth Folk
The Indian Wars And St. Clair's Defeat
The Indian Wars And Wayne's Victory
The Magic Of A Voice
The Midnight Platoon
The Mother-Bird
The Night Before Christmas: A Morality
The Pony Engine and the Pacific Express
The Pumpkin-Glory
The Pursuit Of The Piano
The Renegades
The Return To Favor
The State Of Ohio In The War Of 1812
The Torture Of Colonel Crawford
The Wickedest Deed In Our History
Though One Rose From The Dead
Tonelli's Marriage
Turkeys Turning The Tables
Ways Out

The Battle of Lookout Mountain

William Dean Howells (1837 - 1920), considered "The Dean of American Letters," was an American author and literary critic with a broad range of works appealing to young and old. His writing style favored naturalism, in which he related his characters' observations in a seemingly casual and endearing manner by embracing their imperfections. Howells inspired many writers, particularly Sherwood Anderson. 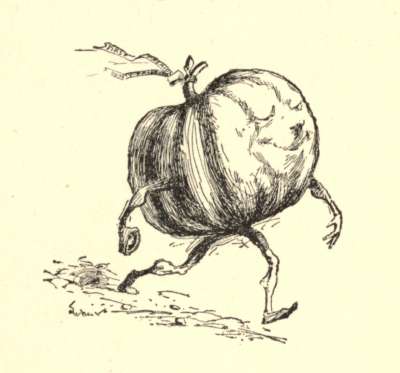 Howells is also renowned for his turn as the editor of The Atlantic Monthly, where he was a steady champion of the Realist movement in literature. Not only leading by example in his own work, but also arguing for its greater adoption by other writers and artists. He saw realism as "nothing more and nothing less than the truthful treatment of material." Perhaps as a nod for the role of humor in realism, Howells collaborated with Mark Twain in writing Mark Twain's Library of Humor (1888).