Henry VIII, alternately titled All Is True was co-authored by Shakespeare and his successor, John Fletcher. The Globe Theatre was burned down during its performance in 1613 due to a special effects cannon shot that caught the stage thatched roof ablaze. The title The Famous History of the Life of King Henry the Eight did not appearing until the play's publication in the First Folio of 1623. [Portrait of Henry VIII with Charles Quint and Pope Leon, 1520.] 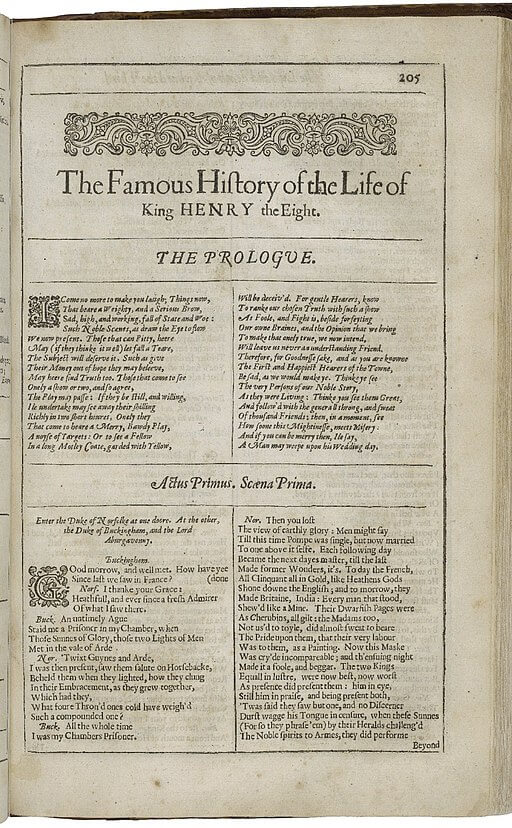 Act One, Scene I