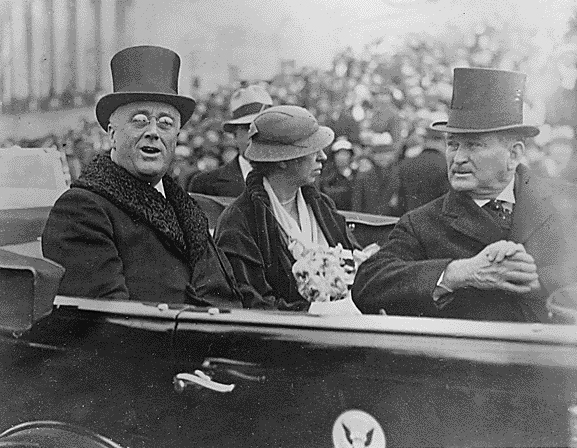 Franklin Delano Roosevelt delivered his first inaugural address on March 4, 1933, the first president to be sworn in since passage of the 20th Amendment, which mandated Inauguration Day to be held on January 20th. After his landslide victory, Roosevelt's address, with the Great Depression still griping the country, was heard by tens of millions of Americans by radio. One of the most remembered and paraphrased quotes from any presidential inauguration address is in this one: "The only thing we have to fear...is fear itself..."