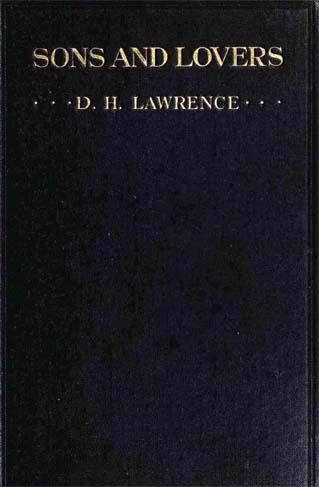 D.H. Lawrence published Sons and Lovers to a lukewarm reception in 1913 and the book was criticized for its alleged obscenities. Today, the novel is planted firmly amongst The Modern Library's 100 Best Novels of the 20th Century, holding down the 9th position.

The novel is awkwardly autobiographical; it's the story a man so emotionally connected to and influenced by his mother that he is unable to form lasting relationships when he encounters other women romantically. Given the strong autobiographical nature of the work, it's understandable that Lawrence rewrote the manuscript four times until he was satisfied. The original draft of the novel centered heavily around the lead character, Paul Morel. When Lawrence was finally finished with his revisions, the strong focus on the lead character had softened and the emphasis on both other characters and the story-line had broadened.

In the first part of the story, the well-bread Gertrude Coppard falls for the working-man, Walter Morel, whom she meets at a Christmas dance. Their whirlwind romance is marked by physical passion. The couple marry, and Getrude struggles adjusted to reduced circumstances on a meagre salary in a rented house. The couple drifts apart and she gradually shifts her affections to her boys, beginning with William, the oldest. Walter Morel adjusts his center of gravity to the local pub where he retreats after work with the other miners.

William goes out in the world and starts to rise up into the middle class. When he dies, Gertrude shifts her affection to her second son Paul, rediscovering her deep love for the boy after he survives a serious bout with pneumonia.

In the second part of the novel, Paul struggles between the comfort and stability provided by his mother and his own need to venture forth and experience his own romantic love. He begins a romance with Miriam, a girl from his church. They seem to be well matched but Paul's mother looks down upon Miriam which complicates the relationship. Paul then meets Clara Dawes, a more sophisticated young woman who has separated from her husband. Paul leaves Miriam behind as he spends more and more time with Clara. But in the end, not even Clara can compete with his mother's affections, he leaves Clara and returns to his mother. When she dies, he is left alone.

1. The Early Married Life of the Morels

2. The Birth of Paul, and Another Battle

3. The Casting Off of Morel—The Taking on of William

4. The Young Life of Paul

6. Death in the Family