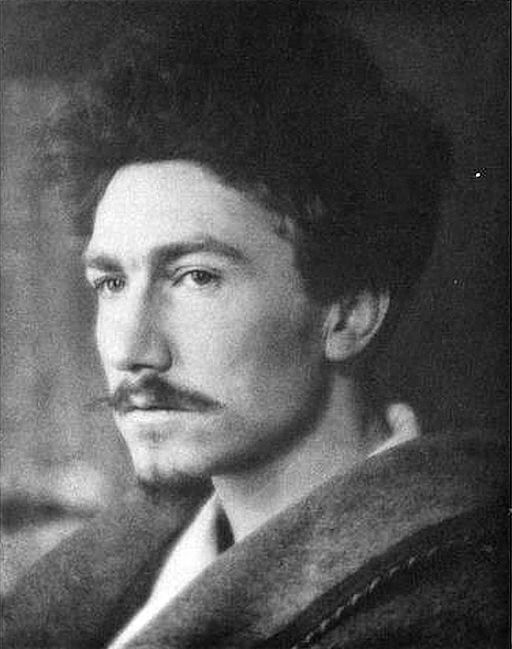 Ezra Pound (1885 - 1972) was an American poet, writing in the Modernist style, who chose to live as an ex-Patriot in England, Italy, and France. He promoted the works of many prominent authors such as T.S. Eliot, James Joyce, and Robert Frost. While in Paris, he joined Gertrude Stein's salon of avant garde, modernist artists and writers including Pablo Picasso, Ernest Hemingway (edited In Our Time), F. Scott Fitzgerald, Sinclair Lewis, and Henri Matisse. [Photo at right, 1913]

Pound promoted a school of poetry, a reaction to Romanticism, known as Imagism. Much of its inspiration was derived from classical Chinese and Japanese poetry. Pound translated several works by Li Bai in the collected works titled, Cathay, including the well-known, The River-Merchant's Wife: A Letter 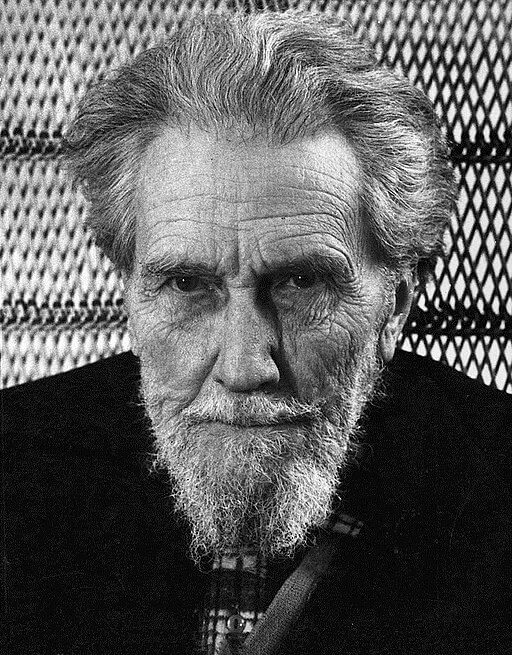 Pound was more active in politics than any English or American poet since William Blake. He broadcast on Italian radio, published thousands of letters during the 1930s and 1940s highly critical of the United States, and cautioned against countries relying on economic structures dependent on the armaments industry. During World War II, he fled Italy when the country surrendered to Germany, traveled over 450 miles northward to seek safety. He was arrested for treason, interrogated by the U.S. FBI under Herbert Hoover, sent a cable to President Truman offering suggestions for negotiating peace with Japan, managing post-war Italy, and establishing a Jewish state in Palestine. His requests were all refused, and the transcript was turned over to Hoover.

Pound's works remain an enduring testament to his convictions and talent, particularly his influence encouraging other gifted writers.

A Girl
Alba
An Immorality
Exile's Letter (Pound)
Fan-Piece for Her Imperial Lord
In a Station of the Metro
Plunge
Silet
Tame Cat
The Coming of War: Actaeon
The Needle
The River Merchant's Wife: A Letter
The Seafarer