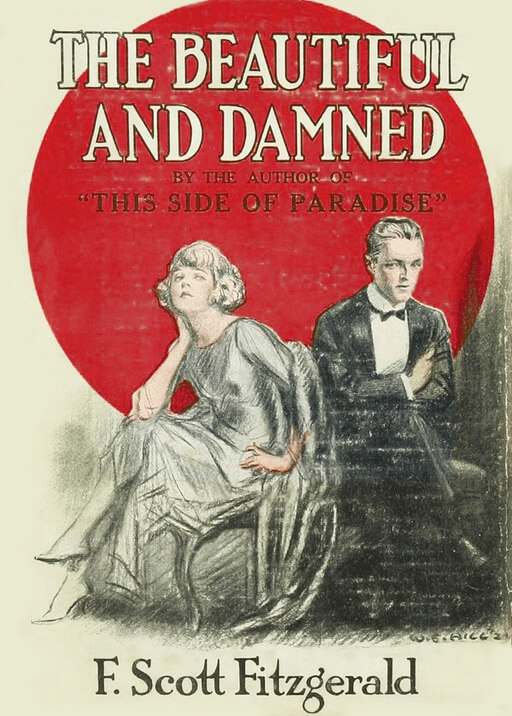 The Beautiful and Damned

The Beautiful and Damned was Fitzgerald's second novel, published in 1922. Anthony Patch is a socialite, heir to a tycoon's fortune, and an Army veteran, trying to make sense of his relationship with Gloria, his wife, while trying to manage alcoholism. It's an interesting look into how the Jazz Age swept across class and racial lines, introducing the Cafe Society.[Illustration by William Ely Hill, first edition cover resembling likenesses of Fitzgerald and his wife, Zelda, 1922.]

Book I - Chapter I - Anthony Patch

Book I - Chapter II - Portrait of the Siren

Book I - Chapter III - The Connoisseur of Kisses

Book III - Chapter I - A Matter of Civilization