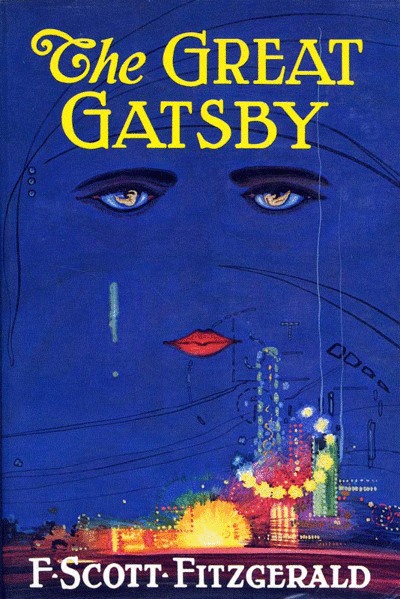 If there is one American novel that is well-known to teachers and students alike, it’s F. Scott Fitzgerald’s classic, The Great Gatsby, which captures the clash of traditional and modern values in 1920's America. It’s probably featured on more high school reading lists than any other book I can name.

At heart, it’s an exceedingly simple story. A slow-motion tragedy involving a very rich man, Jay Gatsby, in love with a beautiful young woman, Daisy Buchanan, who is married to the well-bred -- but somewhat boring and ill-mannered -- Tom Buchanan. The story is told through the eyes of Nick Carraway, a likable fellow from the midwest with whom most readers can identify. The background is haunted the mysterious Meyer Wolfsheim, and further decorated by Nick’s girlfriend the golfer Jordan Baker and attended by George and Myrtle Wilson. And that is the cast of characters, or so it seems.

It’s my simple contention that the main character of The Great Gatsby is neither Jay Gatsby, Nick Carraway or the Buchanans, but America itself. The book has an enduring hold on our classrooms, imaginations, and movies (four motion pictures and counting) because it’s not just another simple tragedy, it is an American tragedy. It gives voice to the uneasy idea that the dynamism of this country might not be as shiny as it appears, and that if you were to strip away the veneer of “American exceptionalism” you might discover some great American imperfection instead. It holds the unsettling idea that the “American Dream” might not be all that it seems and that it comes with a price.

The book also poses a dilemma for students that are asked to write about the novel. It’s terribly difficult to write about in an original fashion. It’s wonderful imagery is catalogued all over the internet, as are plot descriptions, character portraits. Sample essays are probably easily found (and probably just as easily discredited by your teacher!). I think the best way to write about The Great Gatsby is to personalize the story, to discover something personally meaningful to you while also capturing the general ideas and lessons that the story holds. To help with that task, I suggest that you read the following review before sitting down to write your paper.