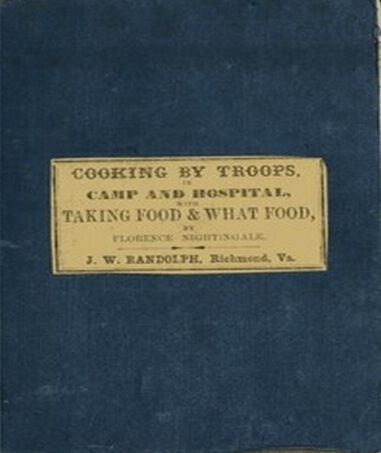 Directions for Cooking by Troops, for Camp and Hospital (1861) was written by Florence Nightingale, the reputed founder of modern nursing, who gained her reputation mobilized nursing teams during the Crimean War of 1853-56 in Europe. It's subtitle, "Prepared for the Virginia Army" leads readers to believe that the recipes and treatment advice benefited the Confederacy; less clear is whether Union forces considered Ms. Nightingale's work. An interesting artifact of America's history preparing food, particularly during wartime. 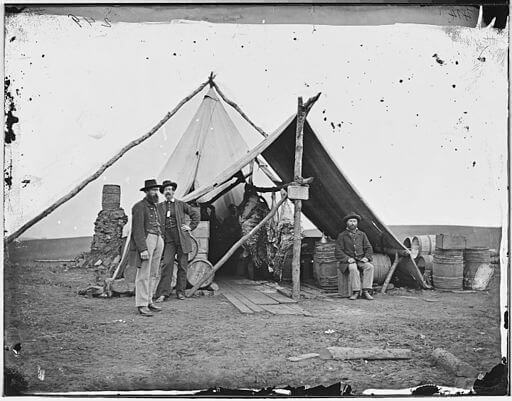 Directions for Cooking in Camp

Directions for Cooking in Hospital

Return to the Florence Nightingale library.