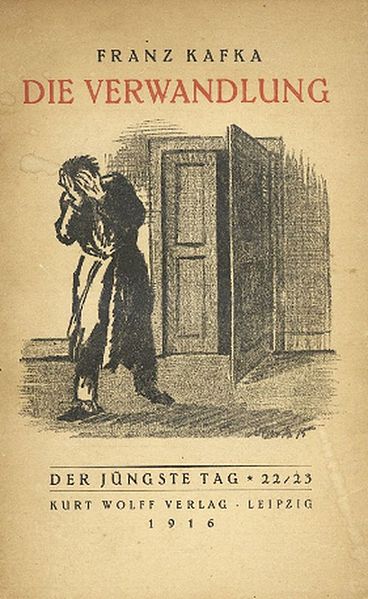 Published in 1915, The Metamorphosis is considered modernist fiction, a widely read novella from Franz Kafka. Some things don't change-- it remains on most high school reading lists for its enduring qualities.

The story follows Gregor Samsa, a traveling salesman who works to provide for his parents and sister. One morning he awakens to find that he has been transformed into a monstrous insect. He is unable to work and becomes a claustrophile, attached to closed-in spaces. Since he can no longer support the family, they begin working again.

The story may be based on Kafka's personal experience with severe insomnia which made him dependent upon his sister. Indeed, in the story, Grete Samsa becomes his caretaker after the metamorphosis. That relationship starts off cordially and cooperatively but deteriorates to a passive aggressive state with Grete leaving his room in disarray to spite Gregor. She dreams of attending the music conservatory to play the violin, a dream that Gregor had been working towards, and hoped to announce on Christmas Eve. Instead, Grete begins work as a salesgirl.

Mr. Samsa, Gregor's father, returns to work after the metamorphosis. He is unkind and harsh to Gregor. Mrs. Samsa, his mother struggles alternatively between her maternal instincts and her fear and revulsion of her son's new form.

Return to the Franz Kafka library.