I - The World in Space 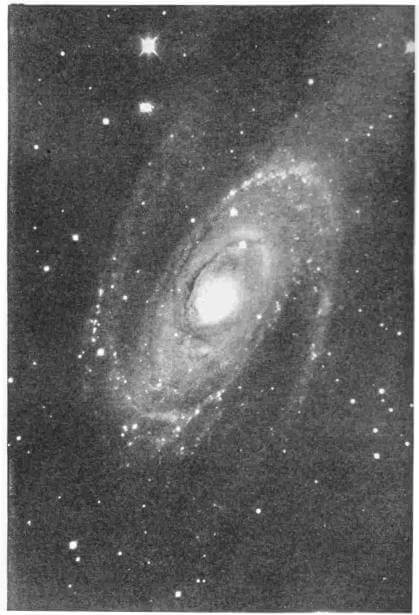 THE story of our world is a story that is still very imperfectly known. A couple of hundred years ago men possessed the history of little more than the last three thousand years. What happened before that time was a matter of legend and speculation. Over a large part of the civilized world it was believed and taught that the world had been created suddenly in 4004 B.C., though authorities differed as to whether this had occurred in the spring or autumn of that year. This fantastically precise misconception was based upon a too literal interpretation of the Hebrew Bible, and upon rather arbitrary theological assumptions connected therewith. Such ideas have long since been abandoned by religious teachers, and it is universally recognized that the universe in which we live has to all appearances existed for an enormous period of time and possibly for endless time. Of course there may be deception in these appearances, as a room may be made to seem endless by putting mirrors facing each other at either end. But that the universe in which we live has existed only for six or seven thousand years may be regarded as an altogether exploded idea.

The earth, as everybody knows nowadays, is a spheroid, a sphere slightly compressed, orange fashion, with a diameter of nearly 8,000 miles. Its spherical shape has been known at least to a limited number of intelligent people for nearly 2,500 years, but before that time it was supposed to be flat, and various ideas which now seem fantastic were entertained about its relations to the sky and the stars and planets. We know now that it rotates upon its {2}axis (which is about 24 miles shorter than its equatorial diameter) every twenty-four hours, and that this is the cause of the alternations of day and night, that it circles about the sun in a slightly distorted and slowly variable oval path in a year. Its distance from the sun varies between ninety-one and a half millions at its nearest and ninety-four and a half million miles.

About the earth circles a smaller sphere, the moon, at an average distance of 239,000 miles. Earth and moon are not the only bodies to travel round the sun. There are also the planets, Mercury and Venus, at distances of thirty-six and sixty-seven millions of miles; and beyond the circle of the earth and disregarding a belt of numerous smaller bodies, the planetoids, there are Mars, Jupiter, Saturn, Uranus and Neptune at mean distances of 141, 483, 886, 1,782, and 1,793 millions of miles respectively. These figures in {3} millions of miles are very difficult for the mind to grasp. It may help the reader’s imagination if we reduce the sun and planets to a smaller, more conceivable scale.

If, then, we represent our earth as a little ball of one inch diameter, the sun would be a big globe nine feet across and 323 yards away, that is about a fifth of a mile, four or five minutes’ walking. The moon would be a small pea two feet and a half from the world. Between earth and sun there would be the two inner planets, Mercury and Venus, at distances of one hundred and twenty-five and two hundred and fifty yards from the sun. All round and about these bodies there would be emptiness until you came to Mars, a hundred and seventy-five feet beyond the earth; Jupiter {4} nearly a mile away, a foot in diameter; Saturn, a little smaller, two miles off; Uranus four miles off and Neptune six miles off. Then nothingness and nothingness except for small particles and drifting scraps of attenuated vapour for thousands of miles. The nearest star to earth on this scale would be 40,000 miles away.

These figures will serve perhaps to give one some conception of the immense emptiness of space in which the drama of life goes on.

For in all this enormous vacancy of space we know certainly of life only upon the surface of our earth. It does not penetrate much more than three miles down into the 4,000 miles that separate us from the centre of our globe, and it does not reach more than five miles above its surface. Apparently all the limitlessness of space is otherwise empty and dead.

The deepest ocean dredgings go down to five miles. The highest recorded flight of an aeroplane is little more than four miles. Men have reached to seven miles up in balloons, but at a cost of great suffering. No bird can fly so high as five miles, and small birds and insects which have been carried up by aeroplanes drop off insensible far below that level.