II - The World in Time 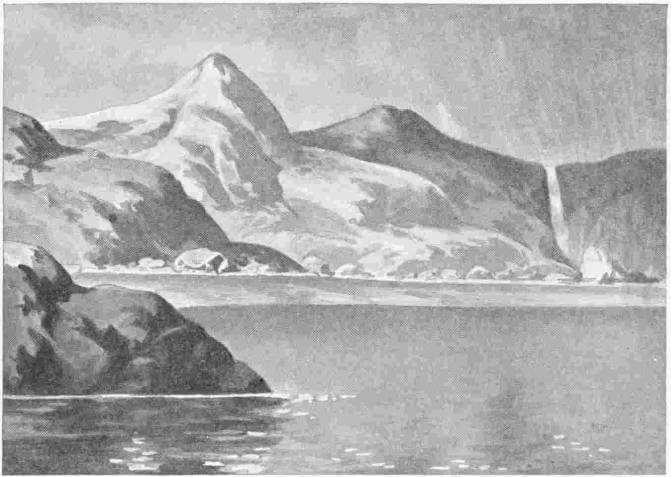 IN the last fifty years there has been much very fine and interesting speculation on the part of scientific men upon the age and origin of our earth. Here we cannot pretend to give even a summary of such speculations because they involve the most subtle mathematical and physical considerations. The truth is that the physical and astronomical sciences are still too undeveloped as yet to make anything of the sort more than an illustrative guesswork. The general tendency has been to make the estimated age of our globe longer and longer. It now seems probable that the earth has had an independent existence as a spinning planet flying round and round the sun for a longer period than 2,000,000,000 years. It may have been much longer than that. This is a length of time that absolutely overpowers the imagination.

Before that vast period of separate existence, the sun and earth and the other planets that circulate round the sun may have been a great swirl of diffused matter in space. The telescope reveals to us in various parts of the heavens luminous spiral clouds of matter, the spiral nebulæ, which appear to be in rotation about a centre. It is supposed by many astronomers that the sun and its planets were once such a spiral, and that their matter has undergone concentration into its present form. Through majestic æons that concentration went on until in that vast remoteness of the past for which we have given figures, the world and its moon were distinguishable. They were spinning then much faster than they are spinning now; they were at a lesser distance from the sun; they travelled round it very much faster, and they were probably incandescent or molten at the surface. The sun itself was a much greater blaze in the heavens.

If we could go back through that infinitude of time and see the earth in this earlier stage of its history, we should behold a scene more like the interior of a blast furnace or the surface of a lava flow before it cools and cakes over than any other contemporary scene. No water would be visible because all the water there was would still be superheated steam in a stormy atmosphere of sulphurous and metallic vapours. Beneath this would swirl and boil an ocean of molten rock substance. Across a sky of fiery clouds the glare of the hurrying sun and moon would sweep swiftly like hot breaths of flame.

Slowly by degrees as one million of years followed another, {8} this fiery scene would lose its eruptive incandescence. The vapours in the sky would rain down and become less dense overhead; great slaggy cakes of solidifying rock would appear upon the surface of the molten sea, and sink under it, to be replaced by other floating masses. The sun and moon growing now each more distant and each smaller, would rush with diminishing swiftness across the heavens. The moon now, because of its smaller size, would be already cooled far below incandescence, and would be alternately obstructing and reflecting the sunlight in a series of eclipses and full moons.

And so with a tremendous slowness through the vastness of time, the earth would grow more and more like the earth on which we live, until at last an age would come when, in the cooling air, steam would begin to condense into clouds, and the first rain would fall hissing upon the first rocks below. For endless millenia the greater part of the earth’s water would still be vaporized in the atmosphere, but there would now be hot streams running over the crystallizing rocks below and pools and lakes into which these streams would be carrying detritus and depositing sediment.

At last a condition of things must have been attained in which a man might have stood up on earth and looked about him and lived. If we could have visited the earth at that time we should have stood on great lava-like masses of rock without a trace of soil or touch of living vegetation, under a storm-rent sky. Hot and violent winds, exceeding the fiercest tornado that ever blows, and downpours of rain such as our milder, slower earth to-day knows nothing of, might have assailed us. The water of the downpour would have rushed by us, muddy with the spoils of the rocks, coming together into torrents, cutting deep gorges and canyons as they hurried past to deposit their sediment in the earliest seas. Through the clouds we should have glimpsed a great sun moving visibly across the sky, and in its wake and in the wake of the moon would have come a diurnal tide of earthquake and upheaval. And {10} the moon, which nowadays keeps one constant face to earth, would then have been rotating visibly and showing the side it now hides so inexorably.

The earth aged. One million years followed another, and the day lengthened, the sun grew more distant and milder, the moon’s pace in the sky slackened; the intensity of rain and storm diminished and the water in the first seas increased and ran together into the ocean garment our planet henceforth wore.

But there was no life as yet upon the earth; the seas were lifeless, and the rocks were barren.