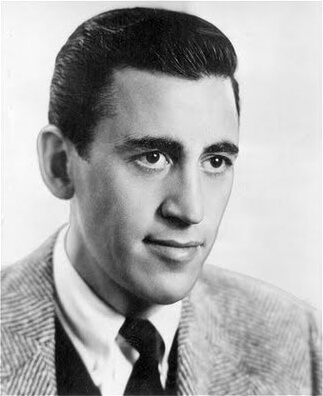 Jerome David ("J.D.") Salinger (1919 - 2010) was an American author best known for his iconic novel of teenage rebellion, The Catcher in the Rye (1951). Its protagonist, Holden Caulfield, symbolizes adolescent alienation and loss, and continues to resonate with today's readers, particularly with young adults. It averages sales of over one million copies per year, and over 65 million books have been sold, translated in most of the world's languages. Modern Library considers it one of the top one hundred novels of the 20th century. 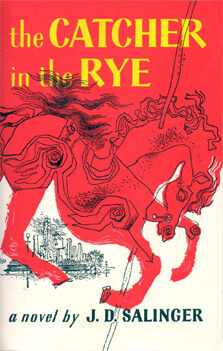 Salinger began writing short stories in high school, several of which were published in Story magazine in the 1940s. In 1942, Salinger was drafted into the Army during World War II, and fought at Utah Beach on D-Day, Battle of the Bulge, and Battle of Hürtgen Forest. While in Europe, he met one of his mentors, Ernest Hemingway, who was serving as a war correspondent in Paris. Salinger was impressed with Hemingway's friendly and modest demeanor, contrary to his gruff public persona.

In 1948, Salinger published A Perfect Day for Bananafish in The New Yorker, which became home to much of his later work. Salinger was a legendary recluse, remaining silent to the public since his last published original work in 1965, "Hapworth 16, 1924", and final public interview in 1980.

One of our favorite quotes, from The Catcher in the Rye, chapter 2:
"What really knocks me out is a book that, when you're all done reading it, you wish the author that wrote it was a terrific friend of yours and you could call him up on the phone whenever you felt like it."

Though Salinger's work is not yet in the public domain, we encourage you to explore our Features section, particularly these collections:

Salinger leaves a memorable legacy, as well as many unfinished manuscripts. Salinger died in Cornish, New Hampshire at the age of 91 in 2010. In 2013, the apparent prequel to The Catcher in the Rye, The Ocean Full of Bowling Balls was published briefly online, to the delight of his appreciative readers. There is much speculation about whether any of his other unfinished works will ever be revealed to the public.