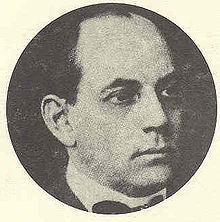 Joseph Altsheler, born in Three Springs, Kentucky in 1862, wrote popular juvenile historical fiction in a collection of series: The Young Trailers, The French and Indian War, The Texan, The Civil War, The Great West, and World War I.

Altsheler started working as a reporter, first in Louisville, later in New York as the Hawaiian correspondent for the New York World in 1892. Since there wasn't much to report, he began writing children's stories for the magazine.

The Free Rangers describes the early days along the Mississippi (1909). The Star of Gettsyburg retells the story of Southern high tide (1915).