Alice's Adventures Under Ground is a "facsimile" (shortened) version, the original manuscript and illustrations Charles Dodgson finished in 1864 for his friend, Alice Liddell, later published as the iconic fantasy novel for all ages, The Adventures of Alice in Wonderland (1865), using the pseudonym, Lewis Carroll. These original illustrations and handwritten texts are a real treasure, and remained in Liddell's possession until 1928, when she sold them at auction to pay her husband's debts. Purchased by an American art dealer and sold again, the manuscript was purchased by British benefactors in 1946 who donated it to the British people, installed at The British Museum in 1948, commemorating the end of World War II. [The photo of Alice Dodgson included in the manuscript (below) was not unveiled to the public until 1977.] 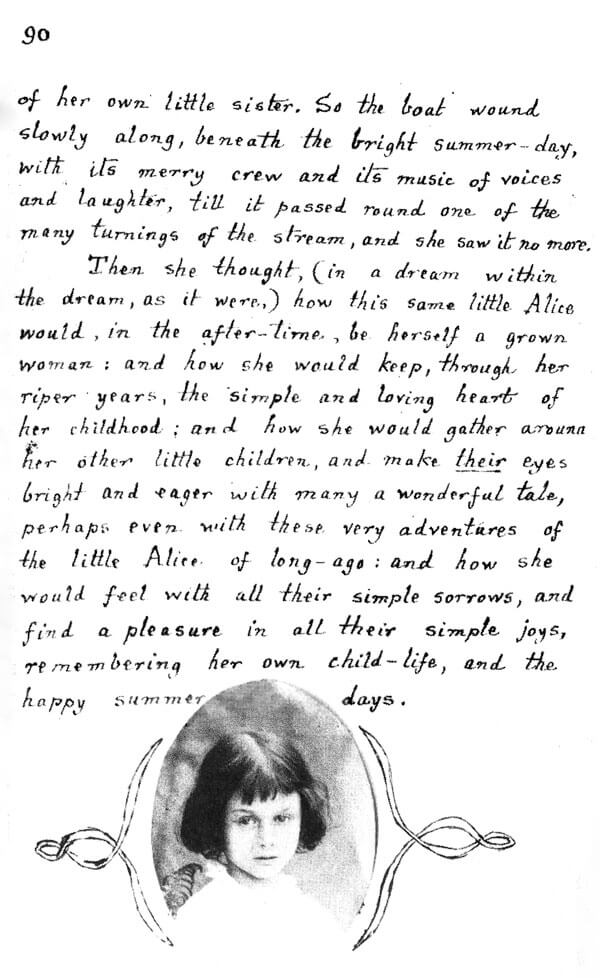 Chapter I - Down the Rabbit Hole. The Pool of Tears

Chapter II - A Long Tale. The Rabbit Sends in a Little Bill

Chapter III - Advice from a Caterpillar

Who Will Riddle Me the How and Why?

Return to the Lewis Carroll library.