Lewis Carroll's introduction to The Hunting of the Snark: An Agony in EIght Fits (1876):

"If—and the thing is wildly possible—the charge of writing nonsense were ever brought against the author of this brief but instructive poem, it would be based, I feel convinced, on the line (in p.4): “Then the bowsprit got mixed with the rudder sometimes.” 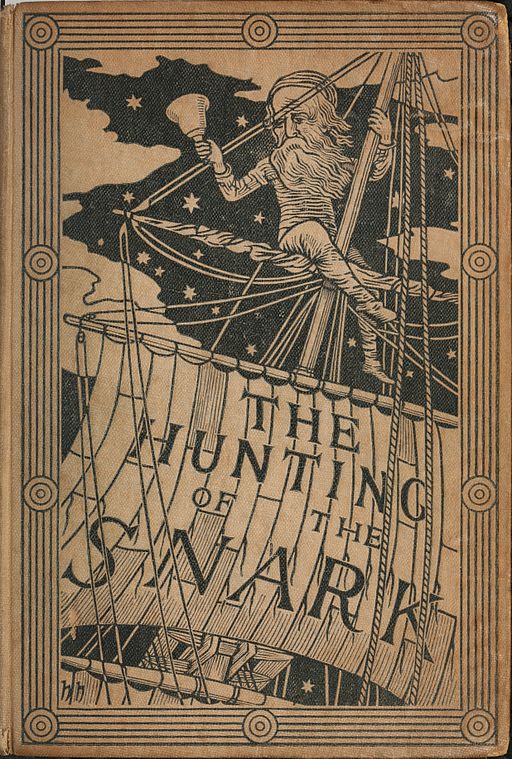 In view of this painful possibility, I will not (as I might) appeal indignantly to my other writings as a proof that I am incapable of such a deed: I will not (as I might) point to the strong moral purpose of this poem itself, to the arithmetical principles so cautiously inculcated in it, or to its noble teachings in Natural History—I will take the more prosaic course of simply explaining how it happened.

The Bellman, who was almost morbidly sensitive about appearances, used to have the bowsprit unshipped once or twice a week to be revarnished, and it more than once happened, when the time came for replacing it, that no one on board could remember which end of the ship it belonged to. They knew it was not of the slightest use to appeal to the Bellman about it—he would only refer to his Naval Code, and read out in pathetic tones Admiralty Instructions which none of them had ever been able to understand—so it generally ended in its being fastened on, anyhow, across the rudder. The helmsman used to stand by with tears in his eyes; he knew it was all wrong, but alas! Rule 42 of the Code, “No one shall speak to the Man at the Helm,” had been completed by the Bellman himself with the words “and the Man at the Helm shall speak to no one.” So remonstrance was impossible, and no steering could be done till the next varnishing day. During these bewildering intervals the ship usually sailed backwards.
As this poem is to some extent connected with the lay of the Jabberwock, let me take this opportunity of answering a question that has often been asked me, how to pronounce “slithy toves.” The “i” in “slithy” is long, as in “writhe”; and “toves” is pronounced so as to rhyme with “groves.” Again, the first “o” in “borogoves” is pronounced like the “o” in “borrow.” I have heard people try to give it the sound of the “o” in “worry”. Such is Human Perversity.

This also seems a fitting occasion to notice the other hard words in that poem. Humpty-Dumpty’s theory, of two meanings packed into one word like a portmanteau, seems to me the right explanation for all. For instance, take the two words “fuming” and “furious.” Make up your mind that you will say both words, but leave it unsettled which you will first. Now open your mouth and speak. If your thoughts incline ever so little towards “fuming,” you will say “fuming-furious;” if they turn, by even a hair’s breadth, towards “furious,” you will say “furious-fuming;” but if you have the rarest of gifts, a perfectly balanced mind, you will say “frumious.” Supposing that, when Pistol uttered the well-known words—
“Under which king, Bezonian? Speak or die!”

Justice Shallow had felt certain that it was either William or Richard, but had not been able to settle which, so that he could not possibly say either name before the other, can it be doubted that, rather than die, he would have gasped out “Rilchiam!”
The Hunting of the Snark was featured as The Short Story of the Day on Sun, Jan 27, 2019

This poem is featured in our selection of 100 Great Poems.

Add The Hunting of the Snark to your library.

Return to the Lewis Carroll library , or . . . Read the next poem; The Walrus and the Carpenter