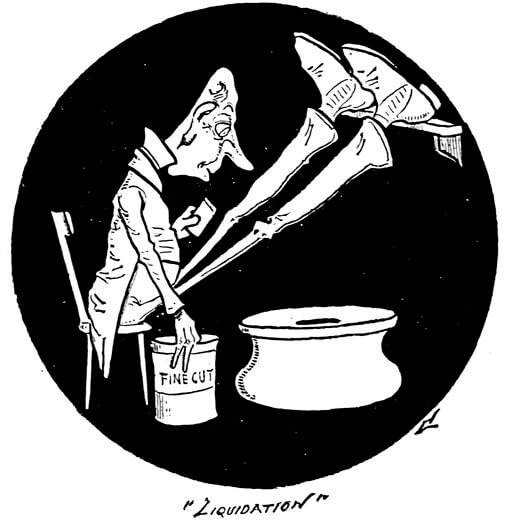 Lord Baltimore was the oldest inhabitant of Maryland. He named it after Mrs. Charles II, whose maiden name was Henrietta Maria.

The name Henrietta Marialand was found rather unhandy for so small a province, so he afterwards cut it down to Maryland.

The first settlement was made at the mouth of the Potomac river by a colony of English ladies and gentlemen. They lived chiefly upon green corn and tobacco, 78which they cultivated in large quantities. When they ran out of funds the latter staple became their currency—the leaf tobacco being the paper money or “greenbacks,” and the same dried, mixed with molasses and pressed into blocks or “plugs,” represented specie or “hard money.” During the growth of the crop it was customary for the capitalist to dig up his stalks every night before going to bed, (previously watering them,) and lock them up in a patent burglar-proof safe, getting up before sunrise next morning to replant them.

The inflation or depression of the money market depended more or less upon the success of the tobacco crop, and as the soil was new there was seldom a panic. One phase of the old Maryland monetary system is graphically set forth on page 79.