Chapter XXIV - AN INCIDENT OF THE REVOLUTION. 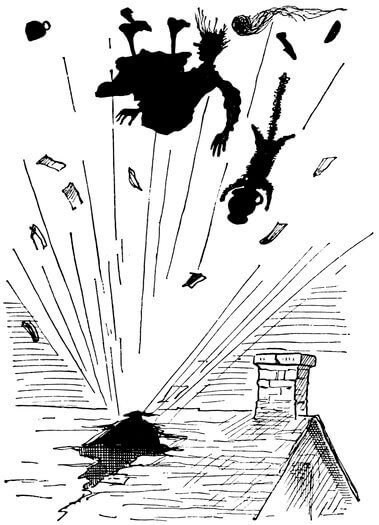 It is always very noble and all that sort of thing when a nation or individuals sacrifice anything for a principle. Sometimes such sacrifice meets with immediate reward and sometimes the reward is delayed and the parties making the sacrifice have to wait indefinitely for their pay. A little incident which befel an ancestor of ours illustrates both these propositions to some extent, and having a few moments to spare we are tempted to relate it briefly, as follows.

On one memorable occasion, in-pursuance of Washington’s famous order to place none but Americans on guard, an ancestor of ours was detailed to guard certain military stores. The missiles of destruction, it will be noticed, were flying about in a style that seemed more promiscuous than soothing to a nervous temperament.

Accidents will happen in the best regulated families, and it certainly was no fault of our ancestor that a shell, fired by unprincipled Britons, struck the military stores aforesaid, destroying them, but, beyond giving a severe shock to his nervous system, the projectile did our ancestor no harm as it did not explode.

As a reward for his valiant conduct, Washington begged our ancestor to accept the unexploded shell, which the latter resolved to preserve as a souvenir of the adventure and hand down to posterity.

He carried it with him on many a weary march.

’Tis true he found it a serious inconvenience ofttimes.

But he remembered posterity and pressed on 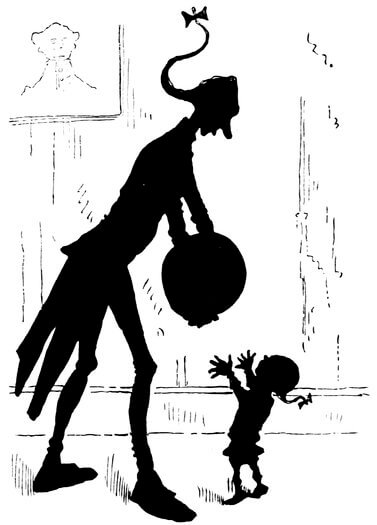 Here we see him handing the relic down to posterity.

In after years posterity handed it over to an obnoxious female relative, who irreverently used it as a candlestick.

On one occasion obnoxious female relative imprudently went to sleep, allowing the candle to burn low in its socket.

Need we say that posterity’s obnoxious female relative got what she had often given him,—a severe blowing up?