The Prince (1532) is Machiavelli's best known work founding modern political theory. Translated by W.K. Marriott. The term machiavellianism means "the employment of cunning and duplicity in statecraft or in general conduct." 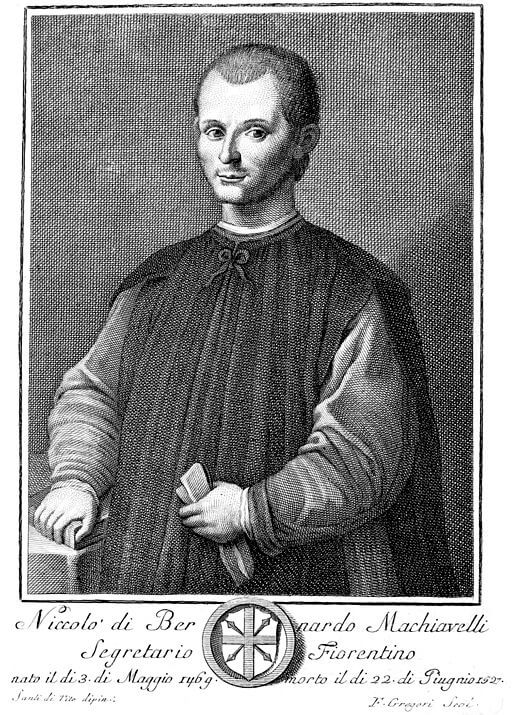 Chapter I - How Many Kinds of Principalities There Are, and By What Means They Are Acquired

Chapter IV - Why the Kingdom of Darius, Conquered by Alexander, Did Not Rebel Against the Successors of Alexander At His Death

Chapter VIII - Concerning Those Who Have Obtained a Principality by Wickedness

Chapter XII - How Many Kinds of Soldiery There Are, and Concerning Mercenaries

Chapter XV - Concerning Things for Which Men, and Especially Princes, Are Praised or Blamed

Chapter XVII - Concerning Cruelty and Clemency, and Whether It is Better to Be Loved Than Feared

Chapter XVIII - Concerning the Way in Which Princes Should Keep Faith

Chapter XIX - That One Should Avoid Being Despised and Hated

Chapter XX - Are Fortresses, and Many Other Things to Which Princes Often Resort, Advantageous or Hurtful?

Chapter XXIII - How Flatterrs Should Be Avoided

Chapter XXIV - Why the Princes of Italy Have Lost Their State

Chapter XXVI - An Exhortation to Liberate italy from the Barbarians

Description of the Methods Adopted by the Duke Valentino When Murdering Vitellozzo Vitelli...

Return to the Niccolo Machiavelli library.