Strange Case of Dr. Jekyll and Mr. Hyde (1886) is a classic gothic novel written by Robert Louis Stevenson, about dual personalities and an exploration of the subconscious. The story is about a London lawyer named Gabriel John Utterson, who investigates strange occurrences between his old friend, Dr. Henry Jekyll, and the evil Edward Hyde. Diagnosed in modern times as "split personality" or dissociative identity disorder, Dr Jekyll has two distinctly opposite personalities: one good, the other evil. It's the struggle between the two moralities that makes this story so compelling, and widely mimicked as a prevailing theme of literature and entertainment. [Photo by Henry Van der Weyde, 1887.] 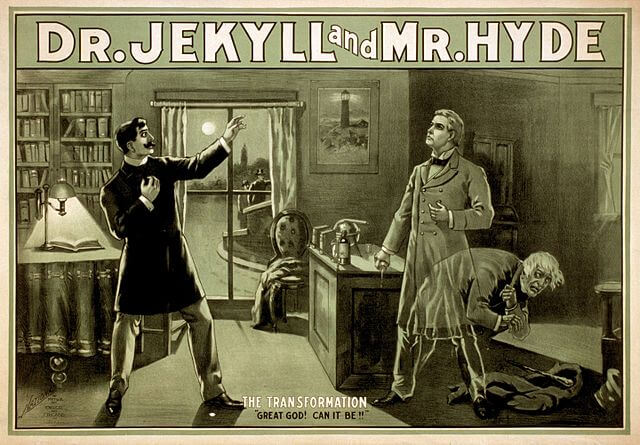 Story of the Door

Dr. Jekyll Was Quite at Ease

Incident of the Letter

Incident at the Window