As I Ponder’d in Silence
A Woman Waits for Me
Eidolons
Hush'd Be the Camps To-day
I Hear America Singing
In Cabin'd Ships at Sea
I Sing the Body Electric
Me Imperturbe
O Captain! My Captain!
One’s-Self I Sing
Passage to India
Pioneers! O Pioneers!
Prayer of Columbus
Song of Myself
Spontaneous Me
The Imprisoned Soul
To a Historian
To the Spring and Brook
To the States
To You
When Lilacs Last in the Dooryard Bloom'd

Abraham Lincoln
Birds Migrating at Midnight
Old Poets
The Real War Will Never Get in the Books
Two Brothers, One South, One North

Walt Whitman (1819 - 1892) is one of American's most famous poets. He was considered a humanist; believing that the value of human beings, individually and together, held primacy over established practices, faiths and doctrines. Whitman embraced intuition and emotion over rationality, and became a great contributor to the genre of writing known as Transcendentalism, a philosophical belief that the divine spirit resides within all of us, and in the inherent goodness of man and nature.

"After you have exhausted what there is in business, politics, conviviality, love, and so on—have found that none of these finally satisfy, or permanently wear—what remains? Nature remains; to bring out from their torpid recesses, the affinities of a man or woman with the open air, the trees, fields, the changes of seasons—the sun by day and the stars of heaven by night."
--"New Themes Entered Upon" written in 1876

Whitman's preferred style was free verse, a form of poetry free of consistent meter, rhyme or pattern. Leaves of Grass (1855) was his most significant collection, published in five subsequent editions, growing to thirty-five books (the last edition was in 1892). The most significant work by a modern American poet is considered Song of Myself. Visit our Song of Myself Study Guide for the poem's background and useful links. 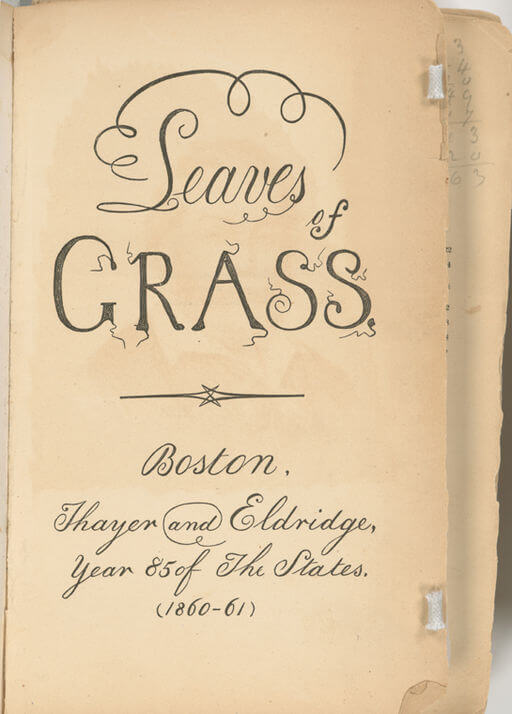 During the Civil War, Whitman treated injured soldiers in Washington, DC army hospitals. His works shifted from "self" to the impact of the War. Described as impressionist sketches of Civil War scenes using words rather than colors, this profound shift in his writing style is best exemplified in two of his finest poems. Both were published after Lincoln's death in 1865: When Lilacs Last in the Dooryard Bloom'd (1865), and O Captain! My Captain!, an extended metaphor with conventional meter and rhyme, that's inspired many generations. 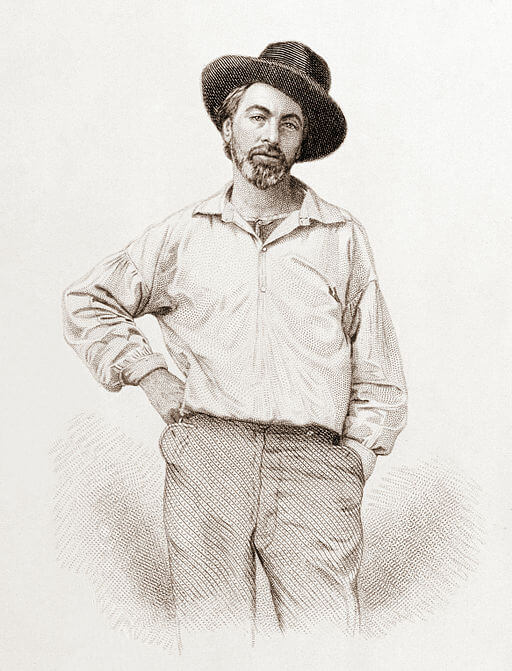 After the War, Whitman worked at the Departments of Interior and Justice, where he served as a clerk until his stroke in 1873. He lived almost twenty years after his epic Leaves of Grass. He produced two major poems before his death: Passage to India (1871) and Prayer of Columbus (1874).

Teachers and students may also appreciate our Transcendentalism - Study Guide and D.H. Lawrence's chapter about Whitman in his book, Studies in Classic American Literature.