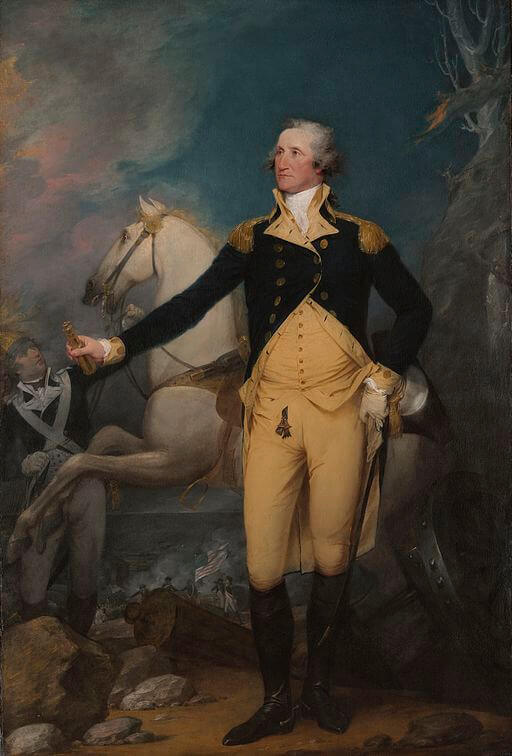 No one ever tells a story about the early days in America without bringing in the name of George Washington. In fact he is called the Father of our country. But he did not get this name until he was nearly sixty years old; and all kinds of interesting things, like taming wild colts, fighting Indians, hunting game, fording rivers, and commanding an army, had happened to him before that. He really had a wonderful life.

George Washington was born in Virginia almost two hundred years ago. Virginia was not a state then. Indeed, there were no states. Every colony from Maine to Georgia was owned by King George, who sent men from England to govern them.

At the time of George Washington's birth, Virginia was the richest of the thirteen colonies. George's father, Augustine Washington, had a fine old southern farmhouse set in the midst of a large tobacco plantation. This farm of a thousand acres was on the Potomac River. The Washington boys (George had two older brothers and several younger ones) had plenty of room to play in, and George had a pony, Hero, of his own.

George was eleven years old when his father died, and his mother managed the plantation and brought up the children. George never gave her any trouble. He had good lessons at school and was willing to help her at home. He was a fine wrestler and could row and swim. Indeed, he liked the water so well, that he fancied he might lead the life of a sailor, carrying tobacco from the Potomac River to England. He heard stories of vessels meeting pirates and thought it would be very exciting. But his English uncle warned Mrs. Washington that it would be a hard life for her son, and she coaxed him to give up the idea.

George had shown that he could do the work of a man on the farm when he was only sixteen. He was tall and strong and had a firm will. He had great skill in breaking colts and understood planting and harvesting, as well as tobacco raising. Being good at figures, he learned surveying. Surveying is the science of measuring land so that an owner will know just how much he has, how it lies, and what it adjoins, so that he can cut it into lots and set the measurements all down on paper. George was a fine land surveyor, and when he went to visit a half-brother, Lawrence Washington, who had a beautiful new home on the Potomac, which he called Mount Vernon, an English nobleman, Lord Fairfax, who owned the next estate, hired George to go all over his land in Virginia and put on paper for him the names of the people who lived in the Shenandoah valley, the way the roads ran, and the size of his different plantations. He really did not know how much land he owned, for King Charles the Second had given an immense amount of land to his grandfather. But he thought it was quite time to find out, and he was sure George Washington was an honest lad who would do the work well.

Lord Fairfax spoke so highly of George that he was made surveyor of the colony. The outdoor life, and the long tramps in the sunshine made George's tall frame fill out, and he became one of the stoutest and handsomest young men in the colony.

Lawrence Washington was ill and had to go to a warmer climate, so he took George with him for help and company. Lawrence did not live and left the eight-thousand-acre estate, Mount Vernon, to George. This made George Washington a rich man at twenty.

The French and English began to discover that there was fine, rich land on either side of the Ohio River, and each laid claim to it. Now the Indians had been wandering through the forests of that region, camping and fishing where they chose, and they felt the land belonged to them. They grew ugly and sulky toward the English with whom up to this time they had been very friendly. It looked as if there would be war.

"Some one must go and talk to these Frenchmen," said Dinwiddie, the English governor at Virginia, "whom shall we send?"

Lord Fairfax, the old neighbor of George, answered: "I know just the man you want. Your messenger must be young, strong, and brave. He must know the country and be able to influence both the French and the Indians. Send George Washington."

Washington served through these troubled times one year with Dinwiddie and three years with General Braddock, an English general. Always he proved himself brave. He had plenty of dangers. He was nearly drowned, four bullets went crashing through his clothes, in two different battles the horse on which he was riding was killed, but he kept calm and kept on fighting. He was soon made commander-in-chief of all the armies in Virginia.

After five hard years of fighting, Washington went back to Mount Vernon, where he lived quietly and happily with a beautiful widow to whom he was married a few weeks after meeting her. When he and his bride rode home to Mount Vernon, she was dressed in white satin and wore pearl jewels. Her coach was drawn by six white horses. Washington was dressed in a suit of blue, lined with red satin and trimmed with silver lace. He rode beside the coach on a chestnut horse, with soldiers attending him.

Mrs. Washington had two children, Jack Custis, aged six, and Martha, who was nicknamed Patty, aged four. George Washington was very fond of these children, and one of the first things he did after they came to Mount Vernon was to send to England for ten shillings' worth of toys, six little books, and a fashionable doll. Patty broke this doll, but Washington only laughed and ordered another that was better and larger.

George Washington was having a fine time farming, raising horses and sheep, having the negro women weave and spin cloth and yarn, carrying on a fishery, and riding over his vast estate, when there was trouble between the colonists and England. Again a man was needed that was brave, wise, and honest. And when the colonists decided to fight unless the king would either stop taxing them or let them vote in Parliament, they said: "George Washington must be our commander-in-chief." So he left his wife, children, and home, and led the American troops for seven years.

The colonists won their freedom from the English yoke, but they knew if they were to govern themselves, they needed a very wise man at their head. They made George Washington the first President of the United States of America. Of course it pleased him that such honor should be shown him, but he would have preferred to be just a Virginian farmer at Mount Vernon. However, he went to New York and took the oath of office—that is he promised, as all presidents have to, to work for the good of the United States. He was dressed in a suit of dark brown cloth (which was made in America) with knee-breeches and white silk stockings, and shoes with large silver buckles. He wore a sword at his side, and as the sun shone on his powdered hair, he looked very noble and handsome. He kissed the Bible as he took the oath; the chancellor lifted his hand and shouted: "Long live George Washington, President of the United States."

The people did some wild cheering, cannons boomed, bells rang, hats were tossed in the air, and there was happiness everywhere.

America had her first President!

You may also enjoy George Washington's Boyhood Rules, featured in our collection, American Biographies for Kids. Visit American History to find out about other important people and how their writings helped shape the country.

Return to the George Washington page