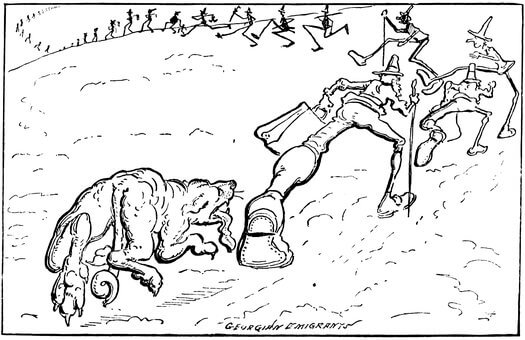 The early history of the Carolinas has few cheerful phases. The first settlers were Puritans, who, finding the business unprofitable, sold out and went to speculating in real estate. Preyed upon by speculators and Indians, as Carolina was, few inducements were held out to emigrants of good moral character. Happily, however, about the beginning of the eighteenth century a distinguished colored gentleman poetically but forcibly announced his intention of emigrating to North Carolina “Wid de banjo on his knee,”—or was it Alabama? perhaps it was, but no matter. We are positive as to the banjo at any rate. It is a matter of regret that he selected so unagricultural an instrument to begin life with in a new colony.