An ancient pond...
Clouds will separate us
Frog Poem
I come weary
On a whithered branch
Piping autumn wind
Soon they have to die
Spider, say again
The cry of the cicada
Tis the first snow
Twas the new moon

Matsuo Bashō (松尾 芭蕉?, 1644 – 1694), born as Matsuo Chūemon Munefusa, was the most famous poet and essayist of the Edo Period in Japan (1603 - 1867). Perhaps the precursor to our modern-day "poetry slam," Basho developed a collaborative linked verse poetic form called "haikai no renga" (also called "renku") in which poets took turns delivering alternative verses extemporaneously. The form was often quite vulgar and witty before its more polite form evolved into what came to be called "Basho Hokku" or simply "haiku." Talk about quick-witted linguistic artists-- the poets came up with alternating 17 or 14 syllables, one right after the other. To this day, Basho is considered the greatest master of the haiku poetry form.

Basho's father was a low-level samurai. At a young age, Basho gained a reputation among prestigious intellectuals by studying and writing poetry in Edo (modern-day Tokyo). In 1674 he was inducted into the inner circle of the haikai profession, and he had a prestigious teaching assignment with twenty disciples. In 1680 they published The Best Poems of Tōsei's Twenty Disciples. After receiving such acclaim, Basho renounced urban and intellectual life to wander the countryside, traveling to the remote northern wilderness. His work reflects his experiences in nature, where he concentrates on a few simple elements, using the exact number of syllables, or "morae," much to the delight of his readers. 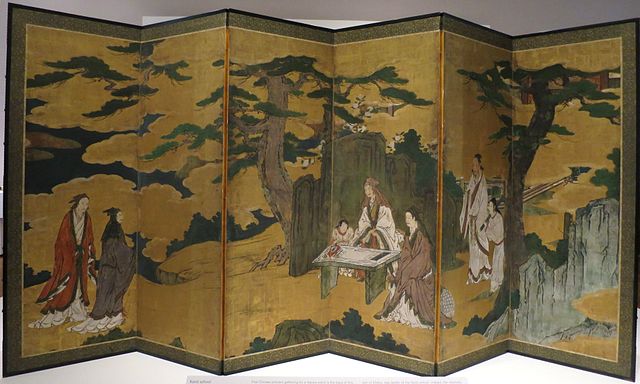 American Literature is pleased to add Matsuo Basho's Japanese folktale, The Aged Mother, and poems from his collection, Complete Basho Haiku in Japanese which include: On a whithered branch (1680), Frog Poem (1681), Tis the first snow (1686), and The cry of the cicada (1690) to our collection. May his skilled verse inspire you to create your own haiku -- or, if you are up for the linguistic challenge, host a "haikai no renga" poetry-slam.