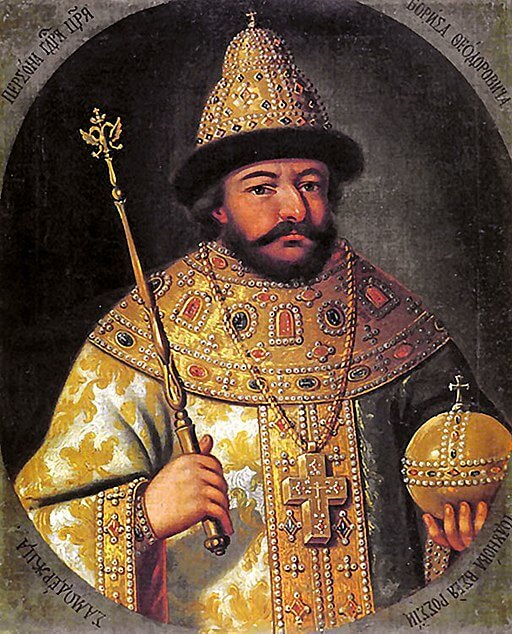 Boris Gudunov, A Dramatic Tale is Pushkin's most famous play, an account of the Russian Tsar, Boris Godunov, who reigned from 1598 to 1605. He wrote it in free verse, poetry without patterns or rhymes. Good things take time in Russia: though Pushkin finished the work in 1825, and it was published in 1831, the play was not cleared for performance by censors until 1866. Translation by Alfred Hayes.
Portrait of Boris Gudunov, Tsar of Russia, unknown artist, 17th century

Pushkin's play is featured in our guide to Russian Writers.

Palace of the Kremlin

The Palace of the Kremlin

Fence of the Monastery

Palace of the Patriarch

Palace of the Tsar

Tavern on the Lithuanian Frontier

Palace of the Tsar - Tsarevich

Castle of the Governor

A Suite of Lighted Rooms

The Counsel of the Tsar

A Plain Near Novgorod Seversk

Open Space in Front of the Cathedral in Moscow

Moscow. Palace of the Tsar

The Kremlin. House of Boris

Return to the Alexsander Pushkin library.