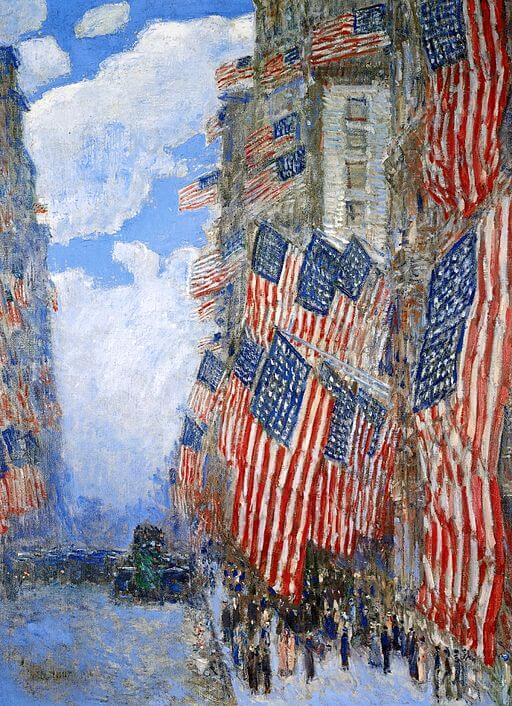 You're A Grand Old Flag

A collection of songs that celebrate the American spirit, preserved here for younger generations to learn and cherish, as did their grandparents, veterans, and preceding generations. Many of us have fond memories of singing these songs freely-- in school, community gatherings, parades, ball games. Some children never learned them, so we offer the lyrics, many with accompanying music video, as a tribute to the country's history.
Jump right to Confederate and Union Civil War Songs.

"Yankee Doodle went to town, a-riding on a pony, stuck a feather in his cap and called it macaroni." The Revolutionary War version of the song, preceding Yankee Doodle Dandy 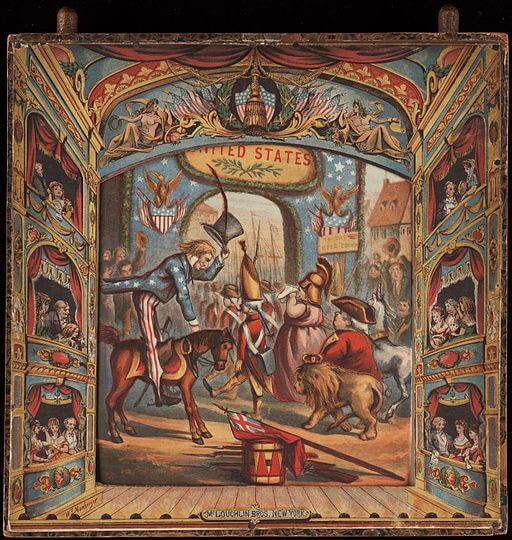 "O beautiful for spacious skies, for amber waves of grain, for purple mountains majesties above the fruited plain! America! America! God shed His grace on thee, and crown they good with brotherhood from sea to shining sea!"

You're a Grand Old Flag by George M. Cohan

"You're a grand old flag, you're a high-flying flag, and forever in peace may you wave. You're the emblem of the land I love, the home of the free and the brave."

Over There by George M. Cohan 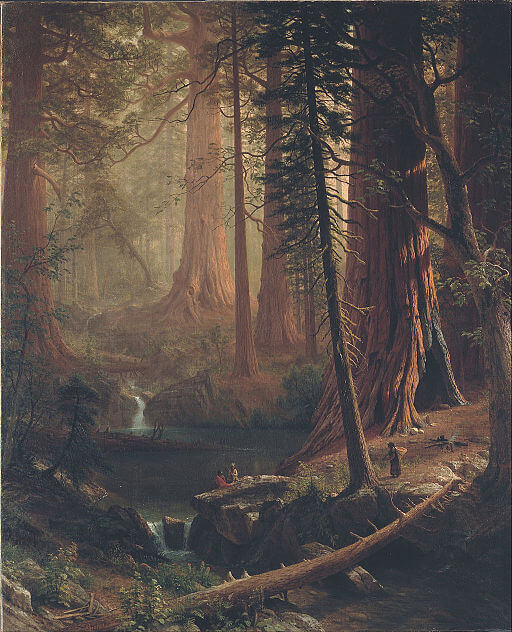 This Land Is Your Land

"God bless America, land that I love, stand beside her and guide her, through the night with a light from above."

America - My Country, 'Tis of Thee by Samuel Francis Smith

"My country, 'tis of thee, sweet land of liberty, of thee I sing; land where my fathers died, land of the pilgrims' pride, from ev'ry mountainside, let freedom ring!"

This Land Is Your Land by Woodie Guthrie 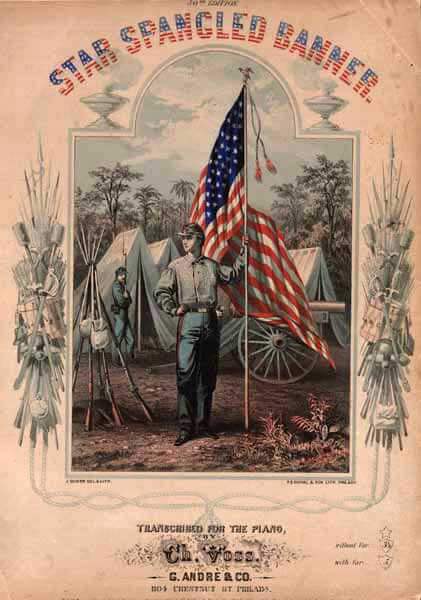 The national march of the United States, enjoy the lyrics and 1929 recording of Sousa conducting the U.S. Marine Corps. Band.

"Oh! say can you see, by the dawn's early light, what so proudly we hailed at the twilight's last gleaming."

The Pledge of Allegiance by Francis Bellamy

"I pledge allegiance to my Flag and the Republic for which it stands, one nation, [*] indivisible, with liberty and justice for all." [*"under God" was added on Flag Day, 1954]

"Our fathers fought for Liberty, They struggled long and well, History of their deeds can tell,-- But did they leave us free?" 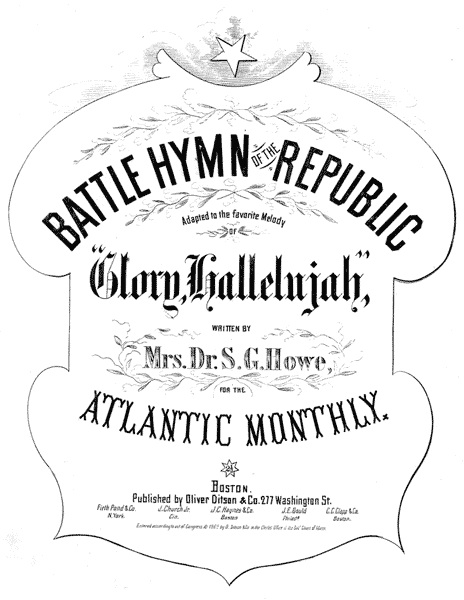 What became the anthem of the Union during the American Civil War: "Mine eyes have seen the glory of the coming of the Lord; he is trampling out the vintage where the graphes of wrath are stored; he hath loosed the fateful lightning of His terrible swift sword: His truth is marching on. Glory, glory hallelujah!" 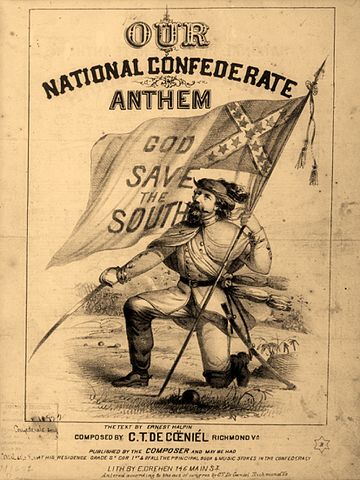 "The Union forever! Hurrah, boys, hurrah! Down with the traitors, up with the stars; while we rally round the flag, boys, we rally once again, shouting the battle cry of freedom!"

Many Thousand Gone by Anonymous

A popular African-American song sung during the War by fleeing slaves on their way to Union Army camps.

God Save the South by George Henry Miles

This popular Irish folk song was adapted with new lyrics during the Civil War, also sung by American soldiers during World War I. 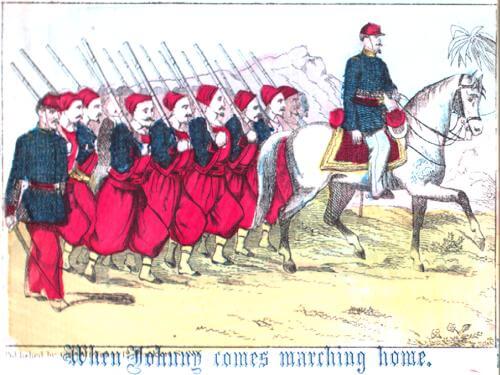 Taps by by Anonymous

First played at a burial ceremony for a fallen Civil War soldier in 1862, the revered bugle tune and lyrics continue to serve as a respectful tribute to all soldiers who have fallen.